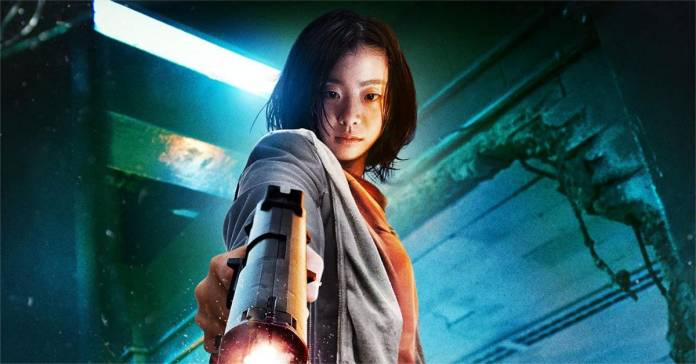 The original title of the movie is Manyeo. This movie debuted in the world as The Witch Part 1, is an action, fantasy, and thriller. Made in South Korea, the film was first broadcast in South Korea in 2018. The film’s producer, released in the USA on July 5, 2019, was Warner Bros.

The Witch Subversion cast is as follows; Names include Choi Woo-Sik, Park Hee-Soon, Jo Min-Su, Kim Da-Mi, and Go Min-si. There is also a sequel to the movie that was released in 2021. The name of this movie is “The Witch Part 2”.

In order to simply summarize the movie’s premise, Jayoon is a little child who is fleeing the government and has completely lost all of her memories. She takes shelter with an elderly couple; their foster child Jayoon grows up and enters a TV contest to help her parents, who were struggling financially in high school. However, this contest will be a big clue for those searching for him since the day he disappeared. Jayoon’s ordinary life will not be ordinary after this development.

The main plot of The Witch Part 1 The Subversion

As we watched in the trailers, he understands that The Witch Subversion is the story of 18-19-year-olds with special powers. Of course, our main character, Ja-Yoon, is the unique name among them. There are also many gunfight scenes in the trailers. These conflict scenes signal how dangerous this project is and that these special children should be destroyed.

There are many scenes in the movie that is so striking that you will not forget them.

Before the movie even starts, maybe the first time you watch it, it will seem irrelevant to you. We encounter images of World War II. These images show Nazi Germany’s experiments on children and innocent people. Then, in the movie’s opening scene, we find ourselves in a place that looks like a rundown hospital laboratory. Here men with sticks are beating someone (probably a small child) under the sheets. There is blood everywhere.

Later, a group of teams chases after a little girl who has escaped into the forest. The girl escapes from their grasp. The team full of dogs stops looking for this girl. This is where the story of 8-year-old Ja-Yoon begins. Ja-Yoon faints in front of the farm of an elderly couple who have previously lost their grandchild and son. The old couple finds him and calls a doctor and cures him. The first part of the movie ends here and takes us ten years later.

We see that Ja-Yoon had no idea about this contest at first. Her friend Myung-Hee tells her that such a competition exists and says she should also participate. Later, Ja-Yoon participates in this competition. He passed the eliminations with his natural talent. But there is a unique trick he does here. He showcases this talent in front of the screens. He raises the microphone using telekinesis without using his hands. Everyone who sees this is shocked. This makes Ja-Yoon qualify.

Her parents are worried about Ja-Yoon doing this show on TV. In fact, towards the end of the movie, we will realize that his father understood that Ja-Yoon was a special kid from the first day he found him and that he was running from something. Despite all this, Ja-Yoon’s father is a name that raised him lovingly. Whatever happens, after this song contest, the company looking for Ja-Yoon finally finds him, and they chase after him.

Home invasion scene of The Witch Part 1 The Subversion

The agents’ invasion of the farm is one of the most amazing parts of the film, making you feel the action from the first scene to the very end. It is here that Ja-Yoon’s unique abilities, which we also begin to suspect, and who he is being revealed. Ja-Yoon wakes up one night and finds that his friend Myung-Hee has a knife to his throat. He has a gun to his head. There are many armed agents inside the house.

The agent warns that if Ja-Yoon does not reveal his identity, he will slit his friend Myung-Hee’s throat, and right here, Ja-Yoon, who can’t stand it any longer, turns into a monster and quickly kills about half a dozen agents. His friend Myung-Hee is horrified by what he sees. geembi.com Later, other special kids come to the house and convince Ja-Yoon to come with them.

The final fight of of The Witch Part 1 The Subversion

The movie’s final scene is truly a work of art, both in terms of action and editing. As The Witch Korea movie, it may be one of the best works of recent years. One of the finest Korean horror, thriller, action, and fantasy films I’ve ever seen.

We unravel the mystery of Ja-Yoon’s concussions, which aren’t mentioned to us much at the beginning of the movie. Ja-Yoon learns that he will die soon if he doesn’t get a bone marrow transplant. After learning this, she joins the competition and knowingly wants to be found by the company. He knows that the medicine for his treatment is in the company. He obtains this drug and reaches the limit of his powers.

In the final scene, we watch a great fight between the company’s special forces, unique boys, and Ja-Yoon. Ja-Yoon’s only goal is to destroy the company, kill the professor who did all this to him, and find a way to cure it. He’s been planning this since he was eight years old. Ultimately, he kills the professor and the other children, blows up the company, takes the drugs, and runs away. Ja-Yoon’s fight scenes with other special guys are really good.

Ultimately, it closes with an emotional scene on top of all this action. Ja-Yoon brings these drugs for his stepmother, who has Alzheimer’s. He only takes enough to last with him for a few months.

Where to Watch The Witch Subversion?

The Witch Subversion Netflix is avalaible. You can watch it on Netflix. You can also watch online movies and shows such as “Bilibili TV, Amazon Prime, and JustWatch.”