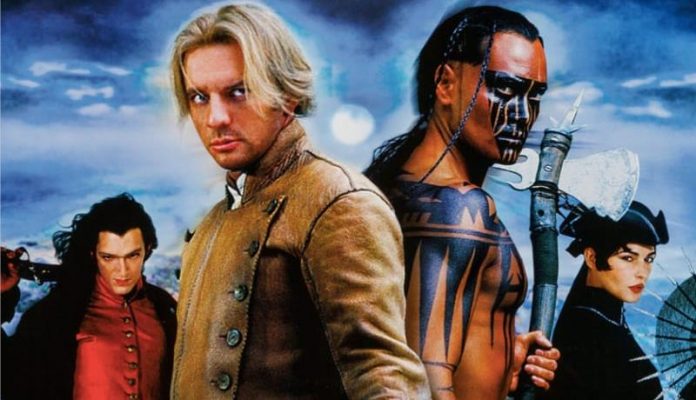 The original title of Brotherhood of the wolf is Le Pactes des Loups. The first vision date of the movie is 19 October 2001. The director of the French production is Christophe Gans. Stephane Cabel sits in the screenwriter’s chair. The movie is generally an Action, Horror, Adventure, and History genre movie. The producers of the film are Samuel Hadida and Richard Grandpierre.

Brotherhood of the wolf took place in France in the 18th century. An inexplicable werewolf-like beast in 18th century France is killing everyone, including women and children. The natives of the Gevardon region claim that it is a demon from hell. Unable to understand the event, the government decides to form a group. Accordingly, a group, including a biologist, a botanist, and a philosopher, is sent to the region to investigate the event and catch the werewolf-like beast. Thus begins exciting research.

The main plot of Brotherhood of the Wolf

There is a trailer on youtube for the audience to get a quick idea of the Brotherhood of the wolf which takes place around Gregoire de Fronsac and Mani. Fronsac, a young and talented biologist, botanist, and philosopher, sets off from Paris for the Gevardon region. The movie’s first scenes start with a rebellion that is not fully understood. The first scenes take place nearly thirty years after the film’s story. They are considering that it is a movie set in France in 1764. Later, we realize that this was the scene of the French revolution.

About 30 years before the French Revolution, a mysterious werewolf-like beast killed children and women in a small area called Gevardon. After these events, the King and the authorities assign Fronsac to intervene in the event. Fronsac also has an Indian friend, Mani, whom he met in America but never left with him.

Successful Actors of the Movie

I have to say that Samuel Le Bihan who played Fronsac in the movie was not very successful. Samuel Le Bihan is a little unsuitable for his role. Because, according to a historical movie set in 1764, he couldn’t play that role. Samuel acts more like a 21st-century man. Especially with the beautiful actress Emilie Dequenne in the role of Marianne, I could not match the character of Fronsac. Monica Bellucci Brotherhood of the Wolf might be one of the best players. She fascinates with her beauty and acting.

Another important character in the movie is Mani played by Mark Dacascos. Mani is sadly saying goodbye to the movie early. However, he soon endears himself to the audience. Brotherhood of the wolf mark Dacascos reprises the role of Mani. He plays his role very well. Another actor I like in the movie is Vincent Cassel. It emphasizes Jean-François’s mysterious and jealous, arrogant nature very well. The character of Jean-François, who had a passion for his sister, was quite repulsive.

The First Half of the Brotherhood of the Wolf Was Disappointing

The movie Brotherhood of the wolf was a disappointment for me. With such a beautiful cast, the movie’s first half was almost empty. I think the movie could have been finished in an hour and a half. After the movie’s first scenes, we can’t see anything about the werewolf-like beast for almost an hour. The character of Gregoire De Fronsac runs after just as much unnecessary work.

Mani and Marianne are the only ones keeping the movie alive. Fronsac seems to have forgotten why he was sent to investigate the mysterious werewolf-like beast. He’s chasing after a Marianne. Later, we see her next to Sylvia, played by the beautiful actress Monica Bellucci. We watch an hour and a half full of really empty scenes.

It was an hour filled with the unexplained dinner scene and the vague general house scenes about why Fronsac had left. Brotherhood of the wolf movie was a movie that I almost wanted to close and sleep in. But I still held on because I wanted to see the Mani character and Monica Bellucci a little more.

Fight with the werewolf-like beast

The saddest part of the movie for me is undoubtedly Mani’s death. After Mani’s death, Fronsac digs deeper and learns that the werewolf-like beast and the natives are going undercover. In fact, behind these scumbags are the pad itself and Jean-François. Fronsac traps them all, along with Sylvia’s plan. Finally, we see that the pack of wolves also killed the father who escaped the event, and the story ends here. Then we return to the French revolution scene at the movie’s beginning, with Thomas telling us the story.

As a result, the movie Brotherhood of the Wolf was mediocre for me. It was very enjoyable to watch actors such as Monica Bellucci, Mark Dacascos, and Emilie Dequenne. Monica Bellucci’s nude scenes were just as exciting. However, there were many unnecessary scenes in the movie that were overstretched. If you wonder where to watch the movie, you can watch the full movie of the Brotherhood of the Wolf in English on Amazon Prime Video.