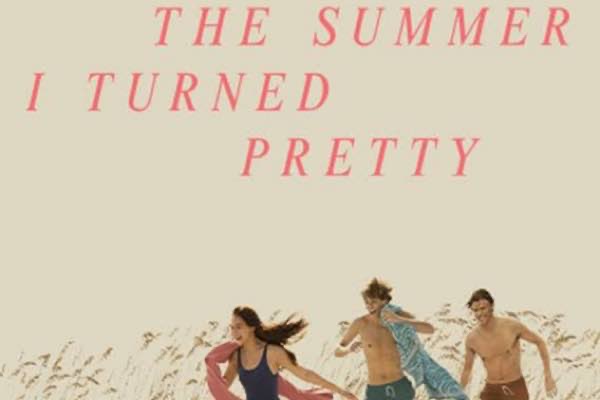 The Summer I Turned Pretty by Jenny Han is a teen-romance book that focuses on the awkward love triangle between the protagonist, Belly and the two Fisher brothers, Conrad and Jeremiah, whom just a year ago, all used to coexist as innocent close friends.

Prior to this year’s visit to the summer house, Belly has always had a crush on Conrad. Somehow she had always been fascinated by Conrad’s quiet and brooding nature, but it all changes this summer when she subconsciously notices that Jeremiah’s all grown up now and she begins to pick interest in him too.

Belly is not left out in this feeling alone, as the Fisher brothers, Conrad and Jeremiah pick interest in Belly too, taking to note that she’s grown into a lady. Perhaps their mom Susannah was right all along. Belly’s destined to end up with one of her sons. But which one could it be? Read The Summer I Turned Pretty by Jenny Han to find out!

Part 1: Main Characters of The Summer I Turned Pretty

Belly from The Summer I Turned Pretty book, is a teenage girl who finds herself trapped in an awkward love triangle between two brothers Conrad and Jeremiah Fisher.

Prior to that, Belly used to (and still) have a crush on the older Fisher brother, Conrad, and would practically do anything then just so he would notice her or to please him. When she was twelve, she even linked Conrad to Angie (a fourteen or fifteen years old girl with red, almost peach hair, whom Conrad had a crush on) just to please him even though it broke her heart.

Conrad Fisher from The Summer I Turned Pretty series, is son to ‘Beck’ Susannah Fisher, and brother to Jeremiah Fisher (older by a year and half) is a dark broody boy famous in his school for being part of the football team. He has dark hair cut short around ear length, and a ‘smirky’ kind of mouth, the type that would tempt you to want to smooth away the smirk with a kiss, To want to take control of him and make him yours. He is 18 years.

Younger by a year and half, Jeremiah Fisher from The Summer I Turned Pretty trilogy is Conrad Fisher’s brother, and obviously Beck’s (Susannah Fisher) son. Although they’re brothers, Jeremiah has a sharp contrast to Conrad.

Unlike his older brother, Jeremiah is jovial and has curly yellow, almost platinum hair, matched with rosy cheeks. This kinda makes him look like an angel, ‘my little angel’ as his mom fondly called him when he was little.

Part 2: Hot Chapters from The Summer I Turned Pretty

The Summer I Turned Pretty Chapter 2

Just as everything has a season, Belly experienced her first heartbreak at the age twelve . And as you can already suspect, Conrad caused it.

Jeremiah and Steven (Belly’s older brother) had gone on an overnight fishing trip, leaving Conrad and Belly behind. Feeling bored, Conrad had suggested they went to the boardwalk together, and she agreed. Belly had a crush on Conrad and so she hurried into her fine clothes, eager to impress Conrad, because she was convinced Conrad liked her too, why else would he take her to the boardwalk if he didn’t?

The girl who operates the ring toss, Angie as she found out later wore canary yellow shorts which complimented her slender, freckled arms and legs. She looked fourteen or fifteen and had teeth braces which looked like jewellery on her instead of the orthodontics they were. She also had long wavy red, almost peach hair.

Angie was very pretty and it didn’t surprise her much that Conrad had a crush on her.

The Summer I Turned Pretty Chapter 3

Shortly after her arrival at the Beach House, Belly went to the pool where she suspected she would find the boys (Steven, Conrad, and Jeremiah) and as expected she did.

Upon her arrival, Jeremiah announced their first ‘belly flop’, A tradition which began a million years ago, where they would all grab Belly and toss her into the pool like a sack of potatoes just for fun.

As usual, Belly tried to evade them but they eventually caught up to her and completed the ‘belly flop’ tradition by tossing her into the pool. Unlike the previous summers, Belly refuses to be made fun at this time around. She tricks Conrad by pretending to have sprained an ankle and can’t swim. And when he comes to help her, she drags him into the pool and then they laugh at him.

Jeremiah and Steven abandon them inside the pool when Conrad begins to chase Belly around to get his revenge. Eventually he catches up to her and there’s a moment of silence, the romantic tension between almost palpable. As expected, Belly ruins it.

The Summer I Turned Pretty Chapter 8

After their first dinner in the summer house, Belly stayed downstairs on the couch with Conrad who was playing guitar. As it is in her nature to be inquisitive, she asks him about his girlfriend and looks away so he wouldn’t see that she cares. Belly is caught off guard when Conrad tells her that they broke up, he was dumped.

Unable to believe that someone could reject a gift from God Himself by dumping someone like Conrad, Belly presses the matter on. Conrad opens up and confesses that Aubrey (his ex girlfriend) dumped him because she felt he’d changed, and then casually goes back to playing his guitar.

Watching him resume playing his guitar, Belly remembers that she once used to hate Conrad playing guitar because that cursed instrument used to deprive her from spending time with her crush, Conrad.