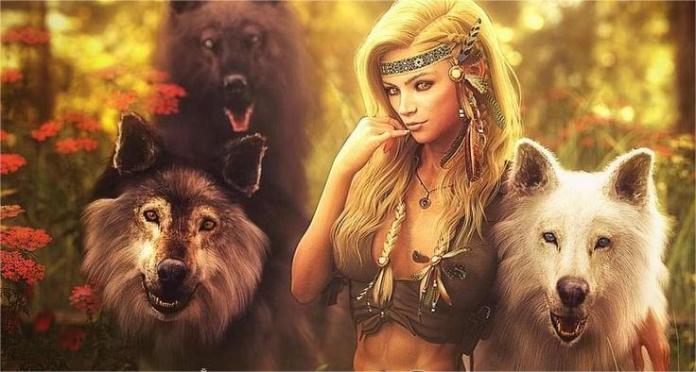 If you’re looking for a supernatural horror and action movie, you won’t find better movies with werewolves. However, sometimes action alone is not enough. It is necessary to add a little romance in between. Action, gore, and romance three are significant to the werewolf romance movie.

Overview of top 12 werewolf romance movies one by one

This work in the genre of horror and romance, written by Curt Siodmak, is one of the first werewolf movies. It premiered in the United States in 1941. The movie is 70 minutes in total. The movie stars Lon Chaney Jr., Fay Helm, Claude Rains, Bela Lugosi, and Evelyn Ankers. It is among the first examples of the film genre produced by George Waggner.

The story of the movie is about Larry. Away from home for 18 years, Larry returns to his ancestral home in Wales. When he returns, he meets Gwen and her friend Jenny. Larry, who killed the wolf that attacked Jenny with the silver handle of his cane during a walk in the woods, nevertheless received a deep wound and was bitten. After this, Larry will no longer be the same. He attempts to hide his transformation into a werewolf from his family. The story is quite gripping and suspenseful.

Made in South Korea in 2012, this movie is one of the werewolf love story movies. It is an intensely emotional and romantic film. The director and screenwriter of the movie are Jo Sung-Hee. It was first made available in South Korea in 2012, and since then, it has been quite well-liked. The cast of the movie consists of Song Joong-ki, Park Bo-yeong, Yoo Yun-suk, Jang Yeong-nam, Kim Hyang-Gi.

The movie’s story is loaded with romance and drama rather than horror. His body temperature is 46ºC, gray eyes and teeth are as sharp as his razors… The wolf boy, who turns into a monster when threatened, falls in love with a silent young girl who teaches him how to adapt to the world. Years later, the girl was an old woman, but she could not forget the dream of the boy’s wild eyes and her bestial behavior. He went to save the boy who risked his life to be by his side and made a promise to him while walking away:

The director and screenwriter of this beautiful 1976 Italian film are Rino Di Silvestro. . It is a movie that will be at the top of the Werewolf love movies list. It contains love, eroticism, horror, and much more. The movie’s main character, Dagmar Lassander, is a fascinating name. The other actors in the movie are; Frederick Stafford, Andrea Scotti, Howard Ross, and Tino Carraro.

Nature Of The Beast

The screenwriters of this horror and romance movie are David Kendall and Bob Young. Directed by Rodman Flender, the movie was released in the USA in 2007. The producer of the film is Steve Solomos. Among its cast, There are names like Paula Boudreau, Brandon Craggs, Mary Ashton, George Buza, and Chad Connell.

The story of the movie contains drama and romance. Ten years ago, in the mountains of Colorado, a young girl watched helplessly as her family was killed by ferocious hunters over a mystery they carried in their blood. He escaped into the woods and escaped their grasp and turned into a wolf, something the hunters could never find. Despite traveling half the world, Vivian Gandillion is still on the run.

This movie, made on August 23, 1985, is among the first examples of its kind. You expect a werewolf movie to be scary, right? On the contrary, Teen Wolf is not a scary movie; it’s pretty funny. It tells about the absurd and funny aspects of a werewolf. The director of the movie is Rod Daniel. Its screenwriters are Jeph Loeb and Matthew Weisman. The actors in the movie; are Michael J. Fox, James Hampton, Scott Paulin, Susan Ursitti, and Jerry Levine.

The story of the movie is about a high school teenager named Scott. Young Scott Howard is a 17-year-old high school student with typical American family life. The life of Scott, who is also a player on his school’s basketball team, changes entirely with a small secret that his family has kept from him. Learning this family secret that has been going on for generations and starting to have physical changes in himself, Scott has now turned into a successful werewolf in basketball.

One of the longest-running romantic werewolf movies is Wolf, which was made in 1994. Written by Jim Harrison and Wesley Strick, the film is directed by Mike Nichols. The movie’s actors are Jack Nicholson, Eileen Atkins, Kate Nelligan, Michelle Pfeiffer, and Christopher Plummer. The producer of the film is Douglas Wick.

Coming to the story of the movie, Wolf is a true crime and romance movie. The script of Jim Harrison and Wesley Stick looks at the process of “worming” not only as a physical but also as a mental change: After Jack Nicholson’s initially overly passive Will Randall is bitten, he becomes more assertive, aggressive, and self-interested. The writers and director draw horror, corporate tension, and humor from this approach, which treats the workplace as a “wild battleground.”

An American Werewolf in London

An American Werewolf in London is one of the cult works made in 1981. John Landis is the film’s screenwriter and director. The movie takes place in America and England. Its cast; are Jenny Agutter, Griffin Dunne, Brian Glover, Christine Hargreaves, and John Woodvine. George Folsey Jr produces it.

The plot of the movie is about two American tourists. Two young American tourists (David Naughton and Griffin Dunne) are touring the UK by hitchhiking before they leave for Italy. Touring the foggy, damp, dark, and barren lands in the north of the country as if there is no other place to visit, the duo wants to stay in a village on their way to spend the night. However, the people of the village are not very friendly, and the young people think it is better to be outside than inside, leaving the village. Two young people who do not take the villagers’ warning of “stay on the road” seriously get into trouble.

The movie takes place in Rainmouth, England. Jamie falls in love with Julianna. The town starts to experience strange events. Jamie says there’s a werewolf in town, and he only hunts virgin girls. Jamie and his friends are investigating this case.

Underworld: Rise of the Lycans

It is one of the most well-known works when comes to Werewolf movies. The director of this work, which was released in 2009, is Patrick Tatopoulos. Its screenwriters are Dirk Blackman and Danny McBride. Its cast; are Michael Sheen, Bill Nighy, Rhona Mitra, Steven Mackintosh, and Craig Parker. It is the third film in the Underworld series.

The movie is the sequel to Underworld. More than a thousand years before the events of the first “Land of Darkness,” two supernatural races come to life; both races descend from different sons of the first Immortal, Alexander Corvinus: Vampires bearing the blood of Markus become elegant, aristocratic, cunning bloodsuckers; Werewolves carrying William’s blood, on the other hand, turn into ferocious beasts that have no trace of humanity left in them, insatiable with violence.

Almost everyone knows one of the werewolf and vampire movies is The Twilight Saga: New Moon. The director of the movie is Chris Weitz. Its screenplay is Melissa Rosenberg. The actors in the movie, released in 2009, include Dakota Fanning, Kristen Stewart, Cameron Bright, and Robert Pattinson.

It is the sequel to the New Moon Twilight series. On the new moon, the love and tension increase a little more. The Cullen family wants to celebrate Bella’s birthday, but Bella is adamantly opposed because she is getting old. While celebrating her birthday at the Cullens’ house, a gift wrap cuts Bella’s hand, and the family’s new vegetarian, Jasper, can’t stand it and attacks. After that, the Cullen family decides to leave the fork for the sake of Bella and Edward. Bella, who can’t take it, starts to care about life now…

The movie’s plot is that Amy meets the love of her life in a small residential area, but this brings her family a curse and fear. She has fallen in love with a vagrant full of secrets. Amy’s life has now turned to hell. Dan and Amy are put to the test to prove their love.

What Do Romantic Werewolf Movies Have in Common?

The most essential feature that separates werewolf and romantic werewolf movies is that romantic movies are not based only on horror and brutality. These movies all have one thing in common: they emphasize love. While watching a beautiful werewolf-themed movie, you also witness a love story and drama scenes. There are also romantic werewolf movies that are absurd and funny simultaneously.