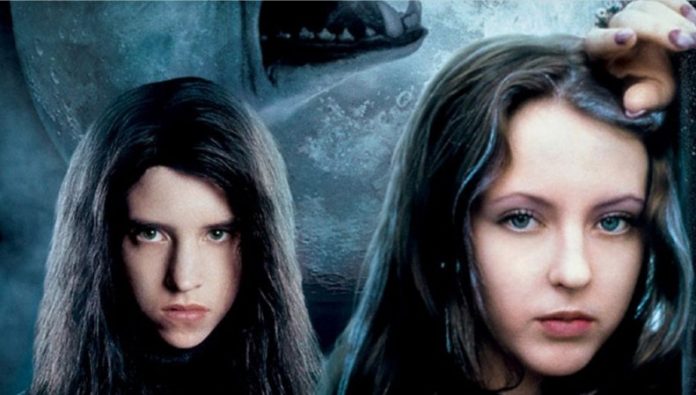 The first Ginger Snaps movie series was released in 2000 and quickly became a cult classic. The film grossed over $4 million at the box office, which is impressive for a Canadian werewolf horror movie. It is also noteworthy that the film was produced by Voltage Pictures (The Hurt Locker), one of Hollywood’s most prestigious production companies.

The Ginger Snaps series is a Canadian horror film series created by John Fawcett and Karen Walton. The films are about the transformation into a werewolf of two sisters, Brigitte (Emily Perkins) and Ginger Fitzgerald (Katharine Isabelle), who have just moved from Toronto to a small town near the forest.

A brief overview of the 3 Ginger Snaps movies

Up to now, 3 ginger snaps films have been released. They were highly hailed by critics and received well by the public. Let’s get to know them one by one.

Two sisters, Brigitte, and Ginger Fitzgerald, deal with their father’s death by keeping themselves busy with schoolwork, boys, and other teenagers growing up in a Toronto suburb. Their relationship is rocky at best, due to Ginger’s rebellious nature and her extreme concern for Brigitte’s safety. But when Ginger begins to show signs of strange behavior, it becomes clear that there may be more to her than meets the eye, and that something strange is going on in their town, too. Ginger turns more into a werewolf each day. Her sister Brigitte is trying to stop the change to no avail and chooses to end her suffering.

Ginger Snaps 2: Unleashed (2004) is the second installment of the “Ginger Snaps” series. It focuses on Brigitte, who is also infected with the werewolf virus as Ginger did. She has to fight the werewolf within as the spirit of Ginger constantly haunts her. She also meet others like Alice, Tyler and Ghost.  Finally, Ghost locks her up in the basement as the most powerful “pet”.

The plot of this movie is very different from the others. Because the movie takes place in 19th century Canada. Set in 1815, two sisters are brought under a witch hunt after Ginger was bitten by a werewolf. At first, Brigitte tries to help her sister cure the werewolf disease. Then they are betrayed by men and get caught. At last, Brigitte chooses to turn into a werewolf as Ginger did and escape to the wilderness together with her sister.

The main meta rendered in the Ginger Snaps movie series is actually purely gothic. It consists of a set of stories set in a gothic atmosphere. You can also find scenes about feminism in movies. Another theme is nudity. Nudity is also one of the themes in the film. You can also find accents that evoke eroticism. In the movie, we also witness the trust of the two sisters in each other. The bond between them is very strong.

Ginger Snaps is one of the cults works among the werewolf movies with Emily Perkins acting. At the same time, Katharine Isabelle is quite eye-catching as Ginger Snaps. One of the two sisters turns into a werewolf. This is the main theme of the movie. You can witness plenty of brutality scenes in the movie where the female werewolf elements are handled. The movie is a +18 movie. A film for young women about supernatural events.

Ginger Snaps is also fighting a feminism war according to IMDb comments. There are no werewolves in the movie, but we do encounter female werewolves. These female werewolves then go into battle with the males. They want to change the order of the world they live in. In the film, which is dominated by the understanding of feminism, we also see the war of two sisters against the male-controlled world. This battle turns brutal as there is a lot of blood in the movie.

Ginger Snaps movies can be puberty problems. Because the two sisters Ginger and Brigitte in the lead roles in the movie are both adolescent sisters. With the transformation of Ginger into a werewolf, this problem was added to the problems of puberty. We are watching an unprecedented werewolf story. In the history of werewolf movies, we’ve seen a teenage boy turn into a werewolf, but this is the first time we’ve witnessed a teenage girl turn into a werewolf.

Ginger deals with both puberty issues and family problems. The only person who supports him in this regard is Brigette. But a new one is added to these problems. After Ginger turns into a werewolf, he has to deal with it. The film is about the puberty problems of two young girls who are both gothic and supernatural and have problems with their families.

One of the most striking parts of the movie is, of course, the bond between these two sisters. His brother gave the greatest support to Ginger, who was injured by a werewolf in a park. The two sisters, who have problems with their parents, hang out all the time. After Ginger was attacked, the person who looked after her the most was her sister Brigette. His sister, who does not leave his side even after turning into a werewolf, supports him in many ways. The two teenage sisters have tremendous support for each other, both as a teenager and in the face of supernatural events.

News About The Ginger Snaps 4