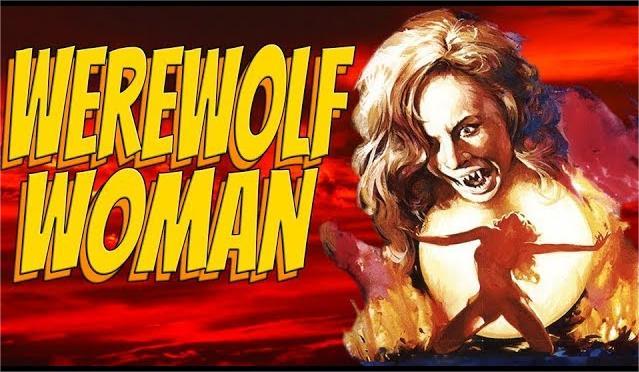 Werewolf Woman, also known in its native language as La Lupa Mannara, is a horror movie that was released in Italy in 1976. The film was directed by then-famous director Rino Di Silvestro.

Wondering what this werewolf woman movie has in store for you? I got your back. This post explores the deepest parts of the Werewolf Woman.

Daniella Neseri was raped when she was a child. The tragedy has stunted her emotional growth and sexuality to the point where she is unable to have regular romantic connections with males.

One day, she discovers that one of her female relatives was murdered for allegedly being a werewolf. She also realized that she has a striking resemblance to this woman.

This gives her nightmares of being a werewolf. Afterward, she transforms into a werewolf and is pursued by angry townspeople. This illusion eventually manifests itself in her daily life.

Consequently, she murders her sister Elena’s lover after witnessing the two make love. Daniella conceals the murder by tossing the body over a cliff to give the impression that he was attacked by a dog and fell.

Daniella is found unconscious near the edge and is institutionalized. Her relatives and doctors believe she simply discovered the body and was overcome by the horror.

Daniella’s demeanor also alternates between calm and violent. However, she eventually escapes the facility after murdering a fellow patient who made sexual attempts on her. While on the run, she murders a man who tries to rape her.

Later on, she was discovered by Luca, a handsome stuntman living on a movie set. Meanwhile, detectives and her family are looking for her since they suspect she is responsible for all of the murders that have occurred so far.

Daniella falls in love with Luca because of his gentleness and care. She even overcomes her desire to murder him and other men. Daniella spends a blissful month with Luca, believing herself to be healed of her curse. She was also able to have a seemingly steady sexual relationship with him.

This comes to an end when men residing on the same movie set burst into Luca’s house with two of his buddies and savagely rape Daniella. They also murder Luca when he gets home, destroying Daniella’s sanity.

She follows them to their homes and workplaces, murdering them for vengeance. The police find her living in the woodland where her ancestor was killed, convinced that she is a werewolf. She is apprehended and eventually dies. Her father also commits suicide, leaving her sister as the only surviving Neseri.

Motivations Behind the Werewolf-Like Killings

Here are the motivations behind the werewolf killings in the movie:

Daniella Neseri was raped when she was a child. The tragedy deeply affected her sexuality and made her unable to have regular romantic connections with men.

With the trauma Daniella experienced from the people who raped and put sexual advances on her, she goes on a rampage. This rampage was an act of revenge for everyone who did her wrong.

Basically, Daniella would seduce men and let them have sex with her. Afterward, she would kill them. She also kills any man who would try to rape her, including a fellow patient in the mental institution where she escaped, the men who killed Luca, and the man who tried to rape her while she was on the run.

After Daniella’s first transformation, she had regular hallucinations. Because of this, she killed her sister’s lover after watching them do the deed.

She hides the lover’s dead body by throwing it over a cliff. Daniella wanted to give the impression that the lover was attacked and accidentally fell off the cliff.

However, Daniella passed out. Later on, someone discovered her unresponsive near the cliff. Because of this, Daniella was then sent to a mental institution.

Most Impressive Scenes in Werewolf Woman 1976

Here are the best scenes in Werewolf Woman full movie:

After killing the man who tried to rape her while she was on the run, Luca found Daniella.

Luca is a handsome stuntman who lives on a movie set. It was more of love at first sight, as Daniella instantly won Luca’s heart. He then took her to the movie set where he was living and started taking care of her.

When Daniella Fell In Love With Luca

Daniella eventually fell in love with Luca because of his gentleness and warmth. Because of her love for Luca, Daniella overcame her urge to murder men.

Believing herself cured, she lives a happy month with Luca on the movie set. Daniella and Luca were ultimately happy being in each other’s arms.

Reflection on the Excessive Exploitation of Sex and Violence

During the ’70s, a recurring theme of werewolf films exists― sex and violence. The Werewolf Woman full movie is no exception to this seemingly irrevocable rule.

In the Werewolf Woman, the main character Daniella used sex to lure men into their deaths. Sex was also used to exploit her. Aside from that, violence is thrown into the mix, with many violent scenes throughout the movie.

The theme has been around for quite some time, ever since the dawn of werewolf films and shows. Plus, it doesn’t look like the cycle is stopping anytime soon.