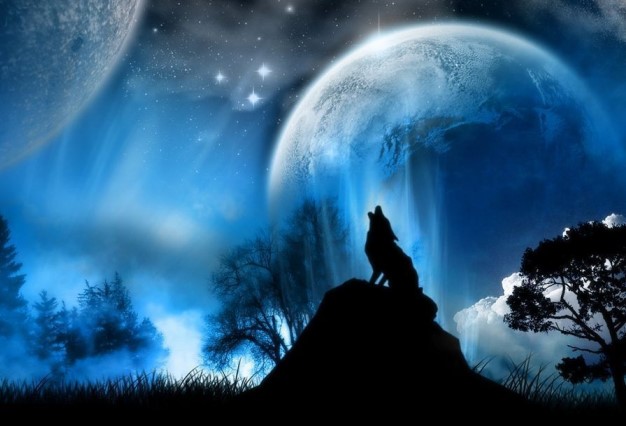 Werewolves are mythical creatures that appear in folklore around the world. There are many variations of the werewolf legend, but there is no consensus on how exactly a werewolf came to be. In some legends, this is described as transforming a human into a wolf or other wolf-like creature.

The Oldest Werewolf Stories in History

Werewolf legends exist from very ancient times. The earliest documented reports of werewolves date back to Ancient Greece. Some of these reports can even be found in Ancient Rome. Werewolf stories were widespread in these two civilizations. According to werewolf legends, the people even believed in them so much that they developed superstitions.

The Greeks’ fears of werewolves date back to Scythian warriors. Greek Historian Herodotus, one of the founders of history, likened the Scythian warriors to a mixture of wolf and human beings because of their wolf skins. According to his writings, a culture of werewolf myths was formed among the Greeks.

The possible origin of werewolf in Roman Culture

One of the most prominent myths of werewolves also appears in Rome. We can say that the origin of the werewolf legend is Rome. The stories told in Rome spread fear among the people for many years and spread all over Europe. In Rome, the definition of werewolves is “wild creatures that turn into wolves at night, feeding on humans or cattle.” People also called these creatures shapeshifters.

This wild creature was given “Lupus,” which means wolf in Latin in Roman culture. This name was eventually shortened to “Lycanthrope” in English. Its whole meaning in English is creatures that change shape, eat human flesh and drink blood, taking the form of a wolf. Even this description is one of the indicators of how terrible a reputation this legend has among the people.

You can hear different werewolf stories in many parts of the world. It is even possible to come across old stories from ancient Greece. At the same time, these werewolf stories may vary according to their society. There are many legends, from the epic of Gilgamesh to Hitler’s werewolf army. Some of these stories are still unsolved. One of the elements that make these stories attractive is the mystery. You can find examples of Werewolf legends worldwide and historical werewolf stories below.

Werewolf in Epic Of Gilgamesh

In the Epic of Gilgamesh which was written in Babylonia, the werewolf is an evil, shape-shifting creature that lurks in the wilderness and attacks lone travelers. In this epic poem, the hero Gilgamesh is turned into a werewolf by the evil goddess Ishtar, who sent him to kill his friend Enkidu.

The story of Gilgamesh is one of the earliest surviving works of literature, dating back to at least 2100 BC when an unknown Sumerian scribe wrote the first few lines on clay tablets. The epic was later translated into Akkadian, Aramaic, Greek, and Latin.

Lycaon was the son of Pelasgus and Meliboea and king of Arcadia. He’s most famous for his part in the flood myth. He is a character remembered as a werewolf in ancient Greek myths.

XVIII of Ovid’s Metamorphoses. In his book, Lycaon is turned into a wolf by Zeus for his cannibalism and murder of Pelasgus. In Ovid’s account, Lycaon has two sons. Their names are Nyctimus and Cetea. These, in turn, are turned into wolves by Zeus. Later, these beings were regarded as werewolves in Ancient Greek culture. The mainstay of werewolf legends in Greek culture is the story of Lycaon.

Turned Into Wolf With A Belt in Norse Mythology

This story in mythology is connected with Loki’s belt. According to the story Snorri Sturluson tells in the Prose Edda, Loki uses the power of his belt to transform into a wolf and eat Odin’s son Fenrir. Odin then goes to the dwarves who made this belt to prevent it from happening again. He tells them he wants them to construct a belt that is more durable than Loki’s. The dwarves obey this order and make a belt much stronger than the one Loki wore.

Rougarou legend is one of the most legendary and famous werewolf legends. The legend of Rougarou originated when French settlers settled in North America. It is a story about a man who turns into a wolf at night and attacks people. The primary source of this story is France. Later, it spread to North America through this colony. It has taken its place among the native American werewolf legends. The name of this creature described in the story was “rougarou.”

The mythology has several versions, but it generally includes a witch doctor (bokor) cursed or congenitally crippled for breaching a taboo. His physical appearance varies greatly depending on the storyteller’s description, but he is usually feathered and about two feet tall, identified by his glowing red eyes, large claws, and fangs. According to other explanations, he has long black hair covering his body, except his head and face. He also has an insatiable appetite for raw meat and human blood.

Lobizon is a werewolf story familiar in the Amazon region of South America. It comes from the Portuguese word “lobisomem” meaning werewolf.

Lobizon is a creature that has been told among the people for centuries. Lobizon was first described by Spanish explorer Francisco de Orellana as “a huge wolf with a human face.” You can see the Lobizon story in many different countries of South America.

According to the general narrative of the lobby, it emerged as a result of a curse. Lobizon is believed to be a werewolf born naturally, not by a bite or witchcraft. In general, villagers hunt and feed on their blood. Mornings are like everyone else.