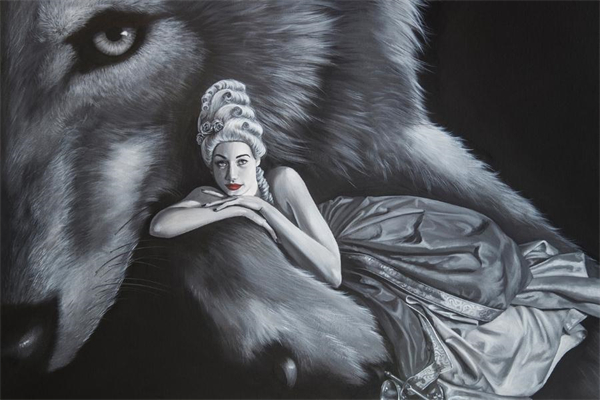 Truth be told, my go-to books when I’m feeling down are steamy werewolf books. When I need something to lift me out of a reading slump, I turn to steamy werewolf romance books.

Plus, I’ve always been a fan of werewolf romance tales because they are steamy, fun, and lighthearted. I also smile at those destined soulmates’ stories.

Part 1. How to Tell If A Werewolf Romance Book Is Steamy Or Not

Well, the surefire way to tell if a werewolf romance book is steamy or not it’s to read it.

Technicality aside, you can determine whether a werewolf book is steamy or not by reading book reviews.

Another way to tell is to ask your family or friends who have read the book. Lastly, you can check out the blurbs or plots you can get online.

Here are steamy werewolf romance books that will intoxicate you:

2.1 Queen of All Werewolves

This steamy werewolf romance book stars Esmeralda Ambrosia has ascended to the position of Queen of the Werewolves. She stands tall alongside her Kings, Ash Ambrosia and Brandon Ambrosia, the Queen’s defenders.

Esmeralda is 20 years old and has two sets of twins that require immediate protection. She will also go to any length to defend her loved ones.

Read Queen of All Werewolves at Dreame.

This steamy werewolf story features Kade Brooks, a new student at Crosswell High School. There he meets his mate, the Alpha of the White Water Pack.

After a difficult start, Kade must govern a pack he doesn’t know. Kade must decide if he wants to join rogues, elders, and unusual mate bonding.

Read Loving A Werewolf at Dreame.

This steamy werewolf romance book stars Alpha Railey Quarter, who has long sought his soul love. Without Luna, his group was restless. She met a beautiful woman with dark wavy hair and blue eyes.

Railey’s mate is a shy human girl with a shell. He was determined to draw her out. But uncovering her darkest secrets breaks her shell.

This steamy werewolf story features Alyssa Cross, the owner of Cross Industries Limited and a renegade werewolf. She takes a vacation to Ojai, California. There, she meets a man who captivates her and agrees to go out to supper with him while trekking.

As a result of one thing leading to another, she ends herself in his bed. When she realizes what’s going on a month later, she’s puking her guts out. Nobody knows she’s anything but ordinary. In fact, no one knows she’s a billionaire. What will happen if her secrets are exposed?

2.5 When A Witch Loves A Werewolf

This steamy werewolf romance book features Jamie, a witch, and the Coven’s Maiden. It means she will become Mother and Crone. She’s also feared and avoided in school, but she’s her family’s joy. She won’t socialize until she meets Jesse.

Jesse is a royal werewolf with Alpha King potential. Family and friends adore him. His loyalty is to the town’s Pack until he phases and realizes she’s his mate. Is witch-werewolf love possible?

Read When A Witch Loves A Werewolf at Dreame.

2.6 The Naive Mate of a Werewolf

This steamy werewolf romance book stars Kylie. Being one of the first dragon-shifter and elf hybrid is difficult enough for Kylie. She has to deal with high school, being in a werewolf pack, and mean girls while trying to make a name for herself.

There are alphas, mates, and the territory struggle between werewolves, magic users, witches, and humans to consider.

Read The Naive Mate of a Werewolf at Dreame.

This steamy werewolf romance book features Willow. As a shifter from the wrong side of the tracks whose abusive fated mate abandoned Willow, she has a few options in this metropolis. She must negotiate a deal with ruthless Alpha and mob ruler Maxim Thorn.

Willow is also the key to his enemy’s downfall because her pack leaders poisoned Maxim’s father. But she’ll give Maxim everything he wants in exchange for a month of protection from her ex and his cronies.

This steamy werewolf story stars Anna, who didn’t know werewolves existed until she survived a brutal attack and became one. After three years at the bottom, she knows not to trust dominant males. Then Charles Cornick, the leader’s son, entered her life.

Charles says Anna is his mate and a rare Omega wolf. Anna’s inner strength and calming demeanor become vital as she and Charles chase a renegade werewolf trapped in evil magic that could destroy the pack.

This steamy werewolf romance book stars Robyn Maxwell, whose brother cancels their backcountry ski vacation. Deaf or not, she wants to escape into the Yukon wilderness. The man she then meets at the cabin gives her weird desires and inquiries about wolves, mates, and pack challenges.

Keil Lynus wants a quiet vacation before challenging the pack’s Alpha. He didn’t expect to meet his chosen mate or learn she possesses wolf DNA.

This steamy werewolf story stars widow Daisy Ellis Craigmore. She is ready to embrace her newfound independence until a succession of unsolved crimes brings danger to her home.

Meanwhile, Ian Ranulf, the Marquis of Northrup, suppressed his primordial nature from London society. Now a dangerous threat could expose his secrets.

This steamy werewolf story starts three decades ago when the Talon Pack fought for good in the Redwoods-Centrals War.

Gideon Brentwood became Talons’ Alpha after a tragedy. The pack’s stability is threatened, so he’s obliged to accept a mate, but fate puts him with the wrong woman.

This steamy werewolf romance book features Margery, who never stopped helping the ill despite a decade in captivity. Finally saved, she has a chance for meaningful work. She also knows she’ll never find love with her deformed leg and damaged face.

Meanwhile, Tynan is a beta in the wolf pack and a law officer after serving as a human police officer for years.

Read Healing of the Wolf at Goodreads.

Looking for a steamy werewolf story to take you to the edge of your seat? Pick one (I suggest more) above. Happy reading!