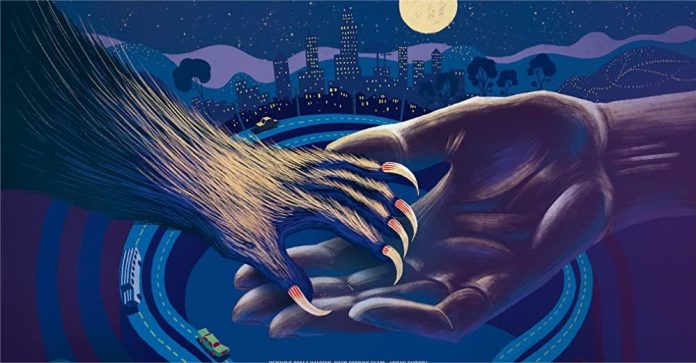 The Good Manners movie has captivated and thrilled both the hearts and minds of viewers worldwide.

Directed by Juliana Rojas and written by Marco Dutra from Brazil, the dark fantasy horror film is a sight to behold. The film features Isabel Zuaa as Clara and Marjorie Estiano as Ana. Supporting roles are played by Miguel Lobo as Joel, Cida Moreira as Dona Amelia, and Andrea Marquee as Angela.

The film starts with Clara, a nurse hired by rich single mother Ana. The film appears to be headed toward class comparisons at first, but after revealing more about Clara’s sexuality, it transforms into a love story.

Want to know more? Hold on to your movie-loving seat and let me take you for a ride!

The Brazilian werewolf movie starts with Clara being interviewed for a nanny job despite not having any experience or references.

Ana, the woman interviewing her, complains of cramping just before she is about to be turned down for the job. However, Ana hires Clara as a live-in housekeeper and prospective nanny after an empathetic Clara leads her through the anguish.

Ana gets intoxicated on her 29th birthday and tells Clara that she is separated from her family. Originally engaged to a man, she cheated on him.

As a result, she had a child. Her parents sent her to the city to have an abortion. However, when she refused, they cut relations with her.

Ana’s physicians have advised her not to eat meat. Clara discovers her rummaging through the refrigerator one night. Ana kisses Clara but then scratches her hard enough to draw blood when she tries to lead her to bed. However, Ana does not appear to remember the encounter the next morning.

Clara realizes the incident could be related to the full moon. Eventually, Clara sees Ana murder and eat a cat. Later on, Clara injects her blood into Ana’s food to quench her craving for blood and prevent her from sleepwalking.

Ana’s cramping worsens on the next full moon night. Ana’s tummy ruptures before Clara can call for aid. Ana is assassinated, but her child, a werewolf pup, survives. Clara intends to flee and abandon the baby. However, after hearing the child’s cries, she reconsiders and decides to keep him alone, naming him Joel.

Clara works as a nurse and raises Joel as her own child seven years later after the first part of the Good Manners movie. She raised him as a vegetarian and keeps him chained up in a bedroom during full moons to protect him.

Questions to Be Answered in the Good Manners 2017 Movie

Here are burning questions about the Good Manners werewolf movie. Spoiler alert: I got the answers for you.

Why is the baby a werewolf?

In the Good Manners movie, it appears that the baby is a werewolf because the mother, Ana has werewolf blood. One night, Clara saw Ana killing and eating a cat. This indicates that Ana has an animalistic instinct.

Later on, more clues about Ana being a werewolf appeared in the Good Manners movie.

Is the master a lesbian?

While it was not fully revealed whether Ana is a lesbian or a bisexual, one thing is for sure: Ana likes women. For this very reason, she became intimate with Clara.

Why does the nanny keep the Werewolf Baby?

Ana also treated Clara well in the Good Manners movie. She gave her a job even if Clara had no experience or references. Out of gratitude, Clara kept Ana’s baby.

What’s the end of the werewolf baby?

By the end of the Good Manners movie, Joel, Ana’s son was revealed to be a werewolf. Dona Amélia saw him transform one night. As a result, she wants an exorcism to be performed on him.

Eventually, the townspeople decided to hunt Joel because of his nature. However, Joel transformed into a werewolf. With a song Ana sang to Joel when he was young, she managed to tame him so he wouldn’t attack her.

She realized that she cannot keep Joel locked up forever, so as the people bang on their door, Joel and Clara prepare for a fight.

Here are the social issues highlighted in the Good Manners full movie:

Master-servant relations are featured in the Good Manners movie. However, unlike many movies wherein the servant gets mistreated, Ana, the rich master treated Clara well.

Their relationship blossomed and eventually gave way to Clara taking care of Joel out of gratitude after Ana died.

Pregnancy Outside of Marriage

Pregnancy outside of marriage is usually frowned upon by society. The same thing happens in the Good Manners movie.

In this Brazilian werewolf movie, Ana was cast out by her future husband because she got pregnant by another man outside marriage. Her family also disowned her for being pregnant before getting married.

Difficulty to Raise an Orphan or Bastard

Raising a bastard and orphan is already difficult. The Good Manners movie shows how more difficult it is to raise a werewolf, orphan, and bastard. Joel’s character shows all of these aspects, giving viewers more sympathy toward Clara.

Thankfully, Clara was always there for Joel as he navigates being an orphan, werewolf, and bastard.