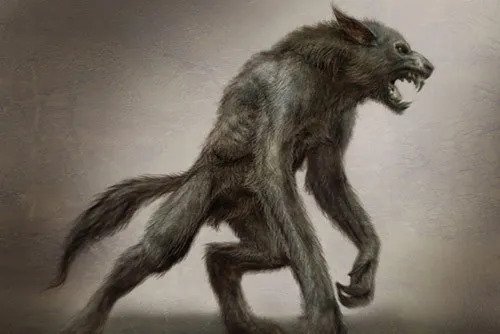 Did you know? The term lycanthropy originally describes a mental illness. It is used to describe a delusion of being a werewolf.

What Triggers the Transformation of a Werewolf?

The majority of werewolves have a transformation trigger. A werewolf in human form, for example, will transition if it becomes too hyper. Other causes include being really furious, being harmed, having too much adrenaline, or needing to protect something or someone.

However, if someone triggers their curse in either of these methods, their eyes will change color. Their powers will also activate quickly, as they will every time they trigger their powers.

During full moon nights, a Werewolf who has not yet triggered his or her curse will merely show increased hostility and outbursts of wrath. Some people, however, may only feel this in the evenings when the moon is full. The first change can also be triggered by puberty.

How Does Werewolf Transformation Happen? What Are the Steps?

During the transition, any region of the skin with clothes on it will generate a burning sensation. This will cause the werewolf to ferociously tear the clothes away.

The person’s bones will crack and reconfigure in an abnormal fashion. This will lead them to morph into a wolf skeleton, causing them great anguish. Later, the human develops excessive body hair and becomes ferocious. They will also have large bright yellow or green eyes and fangs before transforming into a wolf in minutes.

A werewolf then returns to their human form through sunlight. After the first werewolf transformation, the werewolf will experience muscle pain. Older werewolves can control themselves to some extent on the night of the full moon. They will also be able to sleep through it. Werewolves, in general, have to strip down to remove their clothes before the time of transformation. It’s so that their clothes don’t tear during the turn.

Werewolves can be observed at any time of day or night, according to several sources, from two days before the full moon to two days thereafter.

How Often Does a Werewolf Transformation Happen?

Can Common Humans Turn Into a Werewolf?

Every werewolf was once a human who contracted the werewolf curse after being bitten or scratched by a changed or transforming werewolf.

Humans can be infected by techniques other than bites, such as a scratch or, more rarely, drinking from their paw print under a full moon. This makes werewolves more prevalent than other supernatural species.

The only way for a person with the werewolf gene to activate it is for them to kill another human, whether by mistake or on purpose. Untriggered werewolves, on the other hand, can kill vampires without the worry of activating the gene.

What Age Do People Turn Into a Werewolf?

Werewolves who were born as werewolves or who were bitten as children do not reach full wolf maturity until adolescence. This occurs between the ages of 11 and 14.

When they reach that stage, their bodies begin to alter swiftly, and their urges to morph become increasingly strong, almost uncontrollably. However, some literature suggests that any person can become a werewolf at any age. This happens when they get bitten by a werewolf.

For instance, a normal person may have a fight with a werewolf. During this fight, that person might become a werewolf if the werewolf bites him.

How Does a Werewolf Transformation Feel? Is It Painful?

The first change is going to be incredibly painful. It can be well beyond nearly anything else a human can survive. Good thing werewolves are not full human, right?

Comparison aside, the first werewolf transformation usually includes having every bone in one’s body broken. Each inch of their flesh also gets stretched and torn. This all happens slowly over the course of a minute or so.

But here’s the caveat— once someone passes through the first werewolf transformation, they won’t experience pain anymore. They will be left with a perfectly comfortable, healthy, and intact body. The pain me window inside their minds for a little while, but most werewolves shake it off really quickly.

Some werewolves also tend to have an intense appetite and fatigue, but none of them will disable werewolves. In general, the second and succeeding werewolf transformation will become a little bit easier. After about a dozen changes, the pain becomes tolerable. The pain will also last for about 20 to 30 seconds.

Once the werewolf learns to control it deliberately and practice regularly, they can change painlessly. Expert werewolves will also be able to change painlessly in just 10 seconds or less. This is the best werewolf transformation recorder so far.