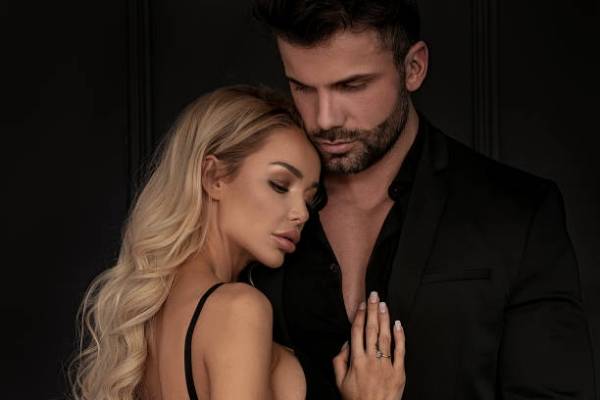 Do you want a Wolf Alpha mate?

Do you believe the fantasy world and creatures are true?

What if you enter the world of werewolves accidentally?

Alison, a human girl had an Alpha mate by accident!

Her life was simple. She was just another simple girl who dreamed to have a family of her own and stay happy. But her life comes crashing when her parents die in an accident and the man she is supposed to marry turns out to be a cheater.

She chooses to be a surrogate to make her ends meet, but her life turns upside down again when she meets the alpha, the supernatural characters who were supposed to belong to the fairy tale only.

For the alpha who had been waiting for his mate, Alison turned out to be a luna with baggage.

“Alpha! Humans in the territory!” a breathless Beta let out immediately upon entry into the Alpha’s office. “Alpha the full moon is in two days, we can’t have humans within the pack borders! It’s too dangerous!”

Yes, humans had somehow made their way into wolf territory during the worst possible time of the month which was the full moon, the uncontrollable shifts, the bloodlust..

“Can you smell that?” The alpha asked his beta via pack link, and his snout raised in the air.

The Alpha had left all my work to check on the humans who had wandered into my pack before anything happened to them.

“MATE!” His wolf growled out, the one word he had been waiting for him to say, for years but before he could feel the joy of finding a mate, she enters my line of vision dragging two kids with her and a third tied to her back.

SHE HAS CHILDREN. His mate.

Will Alpha Asher be able to accept his Luna even though she comes with baggage?

Luna’s baggage by CammyBree is a front runner of Dreame’s love story contest. The Unique werewolf Romance comes with the best twists and turns to make the story hard to resist.

LUNA’S BAGGAGE is a top seller on Dreame’s app and has over 7 thousand followers and 44 thousand readers joining the journey of Alison as she starts her life over. From being cheated on by the man whom she had dreamt of a happy ending to meeting the Alpha, her mate, this romance is hot sizzling, and one of the most happening books.

Part 2: What LUNA’S BAGGAGE tells us

She met Luca in college and had fallen in head over heels with him. Despite her parents’ displeasure towards Luca, being in love and considering Luca to be one of the gentlemen who loved her Alison married him. It was supposed to be a happy ending, both were in love and married. At least that’s what Alison had in her mind m

Just when Alison thought her life was wonderful, she lost her parents on the day of her graduation. After getting convinced by Luca she sold her parent’s house and her father’s business to help Luca start his business and buy their place.

However, Luca being a terrible businessman Alison had to look for a second job, and that’s when she decided to become a surrogate. Luca supported her initially as he happily took the down payment Alison had received.

The worse nightmare came true when the family died. Alison was now pregnant with not one but three, Luca refused to be part of this anymore since Alison would not be receiving any more money after the surrogate agency made it clear they would have been of no help.

With three children, Joy, Jaden, and Joe, her life turned into loving hell when Luca brought his mistress home as he kicked Alison out of the house she had finances in the first place.

Luca was a fraud.

Alison found a job as a secretary, she wanted to provide a good home for her triplets who were now her responsibility. Luca had ruined her reputation saunth she had an affair with a married man which made everyone turn their backs on Alison.

Thompson springs, she was going start her job as a secretary. A new place, a new start but it wasn’t what she had expected.

Her boss was not an ordinary human, he was an alpha and she was his mate.

Alison had no clue about the supernatural elements, all she cared about was her triplets. But all of sudden she has a mate.

Asher is the alpha, one of the strongest of his kind. Even though his parents advised him to take a chosen mate, someone stronger to be his Luna Asher waited for his fated man. The night when he checks out the humans who have entered his territory he can instantly smell her, his mate.

Asher’s mate growls out as he scents their mate but she’s a human. How can a weakling be mated to the strongest alpha?

But the worst had it, she was carrying not one but three kids as Asher’s most waited moment of finding his mate turned into something he had ever expected.

Can Asher, the alpha accept Alison as his mate when she comes with a baggage of not one but three children which he didn’t father?

The Luna’s Baggage is a second-chance werewolf romance that brings out the strong female lead and the swoon-worthy alpha who will melt our hearts. The cute Triplets are the added hot in this romance as Alison now has to deal with a lot more than she had bargained for in the first place.

Luna’s Baggage’s male lead Asher was the strongest Alphas that ever existed. He was looking for a mate. Even though he could have chosen anyone, a stronger female to be his wife and luna as per his parents’ advice, he refused and waited for his mate.

But when he finds her, to his disappointment she is a human who has no clue about him or his pack. And to make matters worst she’s a mother of three.

The charming personality and the dominant attitude of Asher are simply irresistible, but can possessive Alpha accept the children which are not his? And a woman who holds a reputation that might have carried through the thin air?

The intriguing personality of the alpha, and the ability to command makes him one of the hottest heroes.

Luna’s Baggage’s female lead Alison was a simple girl, the rebellious one and in love. She didn’t listen to her parents when they warned her about Luca, her husband, the man whom she believed to be her love. But her hopes and perfect reality come crashing.

The strongest feature of the female lead is how she picks herself, Luca betrays her by taking away all her money and kicks her out spreading rumors about her character.

She didn’t hesitate or give up the responsibility of the triplets, she was just a surrogate but she picked them up when they lost their parents and there was nothing the surrogacy agency can do. Her motherly instincts wanted to protect her kids and provide them with a better life.

Alison didn’t stay whining about how her life had turned gray instead she started to move on, finding a job. When she meets Asher her life changes again. He is an alpha, the strongest werewolf. But she had no idea of the existence of wolves.

The Luna’s Baggage holds a kick-ass heroine who sets an example of strong female leads. She doesn’t beg, she doesn’t play a victim. But she’s a survivor who knows she can do better with her positive attitude. That’s the most charming point of Alison.

Luca is the sly, most manipulating character. After fooling Alison for years as he pretended to be a gentleman who loved her, he went on to show his real colors when she lost her parents and there was nothing he can mint from her.

He decided to kick Alison out of the home she paid for as he brought his mistress home. And worse, he decided to spread false rumors about his wife calling her a cheater which made everyone turn their back on Alison. But will he ever realize his mistakes?

CammyBree makes sure in her book Luna’s Baggage, the characters hold their individuality and command attention among the readers by actually making them relatable and understanding.

Luna’s Baggage is a werewolf romance that shows life isn’t a fairy tale. But Alison thought it would be when she married the love of her life Luca who turned out to be the biggest fraud and manipulator. When her surrogacy idea fails, she’s stuck with the kids she had never intended to raise. However, she chooses to raise the kids not one but two.

Aliso along with her triplets move to Thompson springs, to start a new job. Her boss turns out to be an alpha. And she is his mate.

CammyBree, the fantasy writer of Dreame brings out yet another charming and unique storyline set in the background of the werewolf theme full of suspense and twists in her book ‘Luna’s Baggage’. The story which is a top seller is rooted by thousands of readers cheering for CammyBree’s characters which come alive in her writing.

If your looking for a strong female lead, with a hot and worthy hero, Luna’s baggage should be your next book.