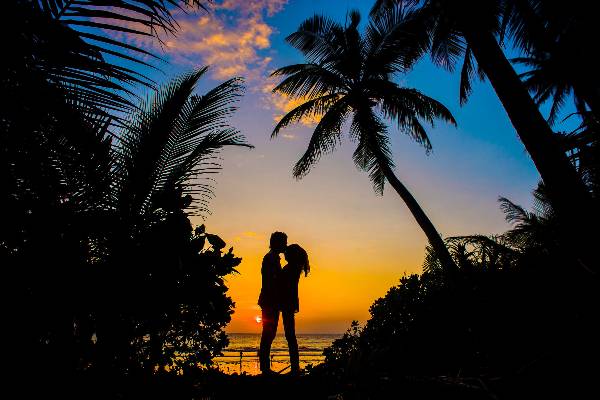 Lighthearted books are stories that you would want to explore regardless of how much you prefer other genres.

It could bring you comfort, happiness, and peace.

There is not much of a drama as it was meant to make the readers feel good and happy. However, despite that, it was still a novel being always looked forward to by readers.

Unlike books which it was full of extreme emotions, and depressing scenarios, this kind of story is healing. Whenever you’re needing a fluttering yet peaceful feeling.

If you’re stressed from all-day school, this would be a great thing to do if you want to find peace of mind.

Young girls especially love this as it was fluttering yet romantic.

This was about how a weakling finds herself mated to the king of Lycans (Oscar Brent) after she had been promised to another. Ever since, she had been the target of bullies due to her not having – a wolf. Thanks to that, she had always been hiding using her thick glasses and braces to avoid the attention of guys since she was extremely beautiful which only added to her misery.

This was an attractive story, written by dutchess. Along with this, she has two more stories that you need to look forward to as a reader. Going back to this book has an extremely romantic setting and plotline. It was like having a knight in shining armor who would be there to protect his weak loved one anytime as long as she needs him. Wasn’t it fascinating how a strong male attracted a weak woman?

This was about the four best friends. Malia and Ty were engaged, and Liam and Alana were starting to explore themselves as mate partner. However, just as everything was trying to go smoothly, her grandmother announced that there’ll be an upcoming war.

Written by Ally Parker, an exceptional writer. This story was full of tension to the point that it makes you sweat in anticipation of what’s coming next. The plot twists were especially good so reading this book would erase your boredom.

Zoe was someone who had been climbing the ladder to become the top realtor and Viktor, was her client. At one point, they also became friends but as soon as they crossed the line together, they both knew that their relationship would be wild.

Just from the title itself, everyone could tell that this book is fire. With Natasha Madison as the writer, it would be great as she has written many stories in the same genre which also achieved the same success as this. However, once you read this book, you would realize that this is one of the best! How beautiful the plot structure was and how hot every scene was!

Waiting for his Luna

Future Alpha Archer already knew who his mate is and when he had his eighteenth birthday, he went to Josie and realized that he was right on his guess. Archer wanted to tell her but Josie, who already received the same words from other guys only said how she wouldn’t believe him until her wolf say so. How would Archer wait until her eighteenth birthday?

If you are waiting for a story where the male lead was lovable, this story suits you well. Especially how the author, ABloomintheDarkness, created gripping scenarios to create a masterpiece like this. Not to mention, the characters were well made and how they developed as the story goes on is just simply amazing.

Read Waiting For His Luna Now

This was about how Ethan would take the woman she loved back in his arms again when she is already with his best friend.

Years ago, Ethan who sincerely loves Emily left her due to a shocking truth. And now, he was back again to take back what was his.

The author of this beautifully made book was Natasha Madison, a skilled writer. Since this was from a popular genre and trope where a man would chase her woman with the addition of exceptional writing, everyone came to love this story. And the development and how they both ended up having feelings again with each other is truly everyone’s favorite!

Caitlin Lyon is the favored first daughter of Colton Lyon. Anyone who wants to date her will have to go through this tough-as-nails biker dad who thinks no one is good enough for his kid, not even the little snot-nosed kid who’s been hanging around her for the past four years.

Todd Henderson has spent the last four years learning about his future father-in-law, from the age of fifteen when the big man himself threatened him to within an inch of his life if he even thought of messing with his daughter.

Now he’s nineteen and with the training from the erstwhile Mancini has grown in experience if not years so he’s more than ready to claim his girl when he goes home on summer break from the college they’d both planned to meet at before her dad put the brakes on that one.

Jordan Silver, a global Creative Publishing Signed Author wrote this book with meticulous writing techniques as a veteran. How this was narrated was especially loved by readers, causing him to gather thousands of followers in his writer account at dreame. Talking about that, the readers often talk about how the scenes unfolded in the most unexpected ways making it this book’s special point!

Veterinarian Kalyssa Carran always got along better with animals than with people, and she never knew why. And the boyfriends she had in the past bored her to tears. But everything changes when she accidentally hits a wolf with her car, bringing her into a world she never knew existed.

Sophie Slade was a writer who fulfilled readers’ imagination by writing good stories with great plotlines. Just like this one who had attractive characters and peak!

Soothing love story indeed. The pacing and how the scenes were created are just simply good.

Jasmine was a woman who always follow her rule. That is not to date a man who is not her mate. However, as soon as she met this future alpha, she found herself thinking about doing immoral things with him. Until her crush reappears. Now, she was torn between these two hot men.

What a saucy story from Celia Hart! If you were to ask between your long-time crush and someone who you just found attractive now, who would you choose?

How about you look into this story and feel the scenarios as you reach the peak of it?

This was about the two hot siblings who loved to share everything. And then, they met the shy Kaitlyn who perfectly suits their taste. They were immediately entranced by her beauty and right then, they both decided to claim her.

We have another saucy book here. Definitely, with the naughty and hot scenes, this would be perfect to read as a pastime whenever you have nothing to do. How they sexually explore their tastes is especially appealing to readers!

Rhea was born to the powerful Alpha Tyler Locke and Luna Lilly Locke who are also the King and Queen of the fairy kingdom. Part fairy… a part werewolf. There was just one problem. At the age of 20, she still hasn’t met her wolf. No wolf means she can’t find her mate. And as a young hormonal girl, this was an issue. Just like that, a series of events would lead her to the dragon kingdom.

The author of this book was JM Snap, a talented writer who’s great at making good plot twists.

@The story is extraordinary. And the romance between the male and female lead was particularly impressive!