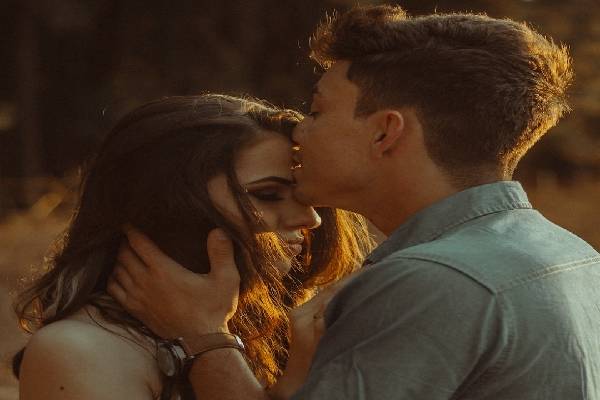 The S- Classes That I Raised is an adventure-filled supernatural fantasy fiction set in the realistic urban world. The story revolves around Han Yoojin who regresses back in time to prevent his brother’s death and to become the perfect caregiver for his incredible brother.

Part 1: Excellent conversation from the S-Classes That I Raised

The excellent conversation from the S-classes that I raised is when Han Yoojin was able to go back in time. The conversation takes place in the third chapter:

I rummaged through my pocket and took out my cell phone. The date… Oh, I really was 5 years in the past. The most recent message was-

‘Wait, wasn’t this an Awakening Broker?’

Just that morning I contacted the Awakening Broker. Seeing that, I began to recall the past.

It had been 3 years since Dungeons started appearing in the world, causing the Awakening of many enthusiastic Hunters. Now was a time when the rapidly changing world was gradually stabilizing.

It was a time when I was struggling with an inferiority complex, only able to look at the back of my brother, who was a well-known “S-level Awakening”.

Part 2: Major characters in the S- Classes That I Raised

The male protagonist of the S classes that I raised is Han Yoojin who always felt neglected and after losing his parents he was made to take care of his little brother Han Yoohyun. He is grown up being a caregiver and would risk his well-being to make sure his family and friends are fine.

; Han Yoojin always thought it was his fault for not being born as an s class hunter like his brother which lead him to develop an inferiority complex.

However Han Yoojin is very ruthless towards enemies and he does not hesitate to kill them, though in the end he’s faced with guilt. But having had both the experiences of before regression and after he is able to keep a low profile to avoid any kind of suspiciousness and play the perfect hero in the series.

Han Yoohyun is the younger brother of the male lead Han Yoojin and the reason why Han Yoojin regressed back in time. He’s the youngest guild leader of Haeyeon Guild and one of the rarest born S-class awakeners in the world.

He often has a possessive and protective outlook towards his brother as he will do anything if there’s any sort of threat to his brother. His character is often ruthless towards his Enemies and is one of the most self-centered roles.

Kim Sunghan the female protagonist of the S-classes I raised novel. Before regression Han Yoojin and Kim were hostile toward each other. But after the regression, there are drastic changes in their feelings as Kim asks Han Yoojin for a drink.

Part 3: Storyline of the S-Classes That I Raised

Han Yoojin is an F-rank hunter who often suffered from an inferiority complex considering his younger brother Han Yoohyun was the most beloved and highly skilled S rank who was considered to be one of the strongest people in the world.

However, Han Yoohyun dies saving his brother in a fight, Han Yoojin uses his ability to temporarily take his brother’s power as an S rank hunter and defeats the powerful rank.

But regretting all the decisions in his life and knowing his brother is dead, he decides to remind time to go five years back in the past so he can prevent his brother’s death.

Able to recall all the knowledge from the future and with his new skills, Han Yoojin decides to help raise up the future S rank hunters and S rank monsters for his own benefit.

But can Han Yoojin change their destiny and be over his inferiority complex?

This adventure-filled suspense thriller holds a unique plot of mystery and thrill with outstanding fights scene and a beautiful portrayal of Romance between the main leads. The book and manhwa are widely popular around the world and are often ranked highly by the readers.

Part 4: The S-classes that I raised Manhwa

Han Yoojin is an F-ranker who often experiences an inferiority complex as his little brother Han Yoohyun is an S-ranker. Han Yoojin often causes more trouble than good and during such one fight with the powerful dragon, Han Yoohyun dies saving his brother.

After coating his brother’s life Han Yoojin resets the time period and goes back in time to prevent the death of his brother. The plan was simple for Han Yoojin which is to lead a quiet life but he decides to help other people become S-rank hunters. What can go wrong with the knowledge of the future and past?

In the S-classes that I raised Manhwa is often the best comic with eye-pleasing and accurate representation of the characters through its graphics and designs that depict the story as a comic. This best-selling Manhwa holds one of the best and most unique plotlines making it an easy pick for the reader. For its unique portrayal and best depiction, the Manhwa is easily 9 stars out of 10 reads.

Part 5: Hot chapters from the S- Classes That I Raised

The S-classes that I raised manga chapter 1

The s Classes that I Raised manga chapter starts with the background of Han Yoojin at his works where he shares with his friends that he is saving up to pay his brother Han Yoohyun’s College tuition. But soon they are attacked by the Powerful dragon as powerful monstrous creatures poured out of the Dungeon into the world.

The S-classes that I raised chapter 35

Han Yoojin is trying to find more about the standby slots and the keywords after considering the title but Yoo Myeongwoo meets him as he brings some special information about Suk Hayan who is considered a genius and is a professor at a very young age, who is into studies about awakened people.