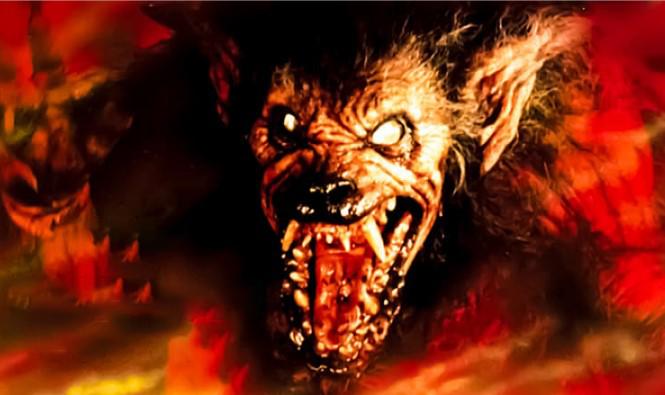 The Howling is an American horror franchise that includes 8 films. Originally the film was adapted from the 1977 novel, the Howling by Gary Bradner. While the books and the films only bear some small resemblances the novels are an important part of the films as the characters and story are loosely adapted. The original 1981 film, which is widely considered one of the most influential horror films also included certain elements of subtle humor which helped establish it as a cult classic.

In terms of the 8 film chronicles in this series they are the following:

Polts and Storyline in the Howling Werewolf Movies Werewolf is the central theme of the howling series. The entire series is based on werewolf stories. But this is not a typical werewolf movie. The Howling series is so popular because it goes beyond stereotypes. The main story of The Howling franchise tells of werewolf packs. The story is based on The Howling trilogy by Gary Brandner. The main lines of the films are also processed according to this book.

The entire story of the films in the series is about werewolves and the people who search for them. Apart from just a horror movie, the movie also contains psychological elements. Especially in the first movie, it is mentioned that the werewolf is not a curse but a gift. We come across a pack of werewolves, driven by the Doctor’s opinions. The journalist who goes to investigate the place discovers the existence of werewolves and then announces it to the whole world. He also mentions that werewolves in the movies have a secret organization.

8 Movies of the Howling Series and My Ratings

The Howling series is one of the works that form the basis of werewolf movies and books. It is very popular as a book. Although the first movie of the series, The Howling, which was released simultaneously, made a lot of noise in 1981, the sequels were not so popular. According to my assessment, the first movie of the series is of high quality beyond its time, even under current conditions.

It is the first film of the series, The Howling, which Joe Dante directed in 1981. The cast of the movie is excellent. Especially the nude scenes in the movie attracted the attention of the audience. Werewolf transformations are another topic that interests me. It’s a great movie with a screenplay. Although it scored 6.5 on IMDB, it is a movie that should get a score of 9 or higher for werewolf enthusiasts like me.

2. Howling II: Your Sister is a Werewolf

The first thing I should mention about this movie is its great soundtrack. You can also find a veteran name like Christopher Lee among the players. It’s still one of my favorite Howling movies. It offers a dizzying story with its subculture appeal and nude scenes with gothic, punk style. I scored 8 and above for the movie with an IMDB rating of 3.6.

Howling III is, unfortunately, a big disappointment for the series. Unlike the other two movies, what I dislike the most about this movie is the lack of a particular storyline. The story is made up of random parts. You can still find classic Howling action, but the story lacks depth. My evaluation of this movie, which has a 3.4 rating on IMDB, is 5 points.

This movie screenplay by Clive Turner and Freddie Rowe has been subjected to the same criticism as all three of the series. The story of the movie is average. You can find The Howling atmosphere in the atmosphere of this movie. However, the movie received a lot of criticism for not being able to adapt the book completely. The IMDB rating of the movie is 3.4. My rating is 5.

It is directed by Neal Sundstrom and was released just one year after Howling IV. The same two names, “Clive Turner and Freddie Rowe,” are on the screenplay. You recapture the old Howling atmosphere in the movie. My score is 7.

Under the series, the movie debuted as The Freaks. Although it is not liked very much because of the comedy and drama elements, it is in a much better place for me than the 3rd and 4th movies. My score is 7.

Released in 1995, I think this movie is among the worst movies of the Howling series. The film, which seems to have completely distanced itself from Howling’s mysterious and punk atmosphere, also has a very low rating on IMDB. Its IMDB rating is 1.8.this movie.

Reborn is the last movie in the series. It can wipe the bad taste of the last movie from your mouth. It tells the story of an adolescent werewolf. IMDB rating is 4. My rating is 6 for this movie. You can access the trailer of the movie here:

As a result, The Howling movie, released in 1981 and made a big impression, lost its popularity over time. Although the first two films of the sequel were good, they could not achieve the same effect as the 5,6,7, and 8th films that came years later. It is unclear whether we will see The Howling remake in the future. But it would be great to remake The Howling, the first legendary movie of the series, with today’s technology.