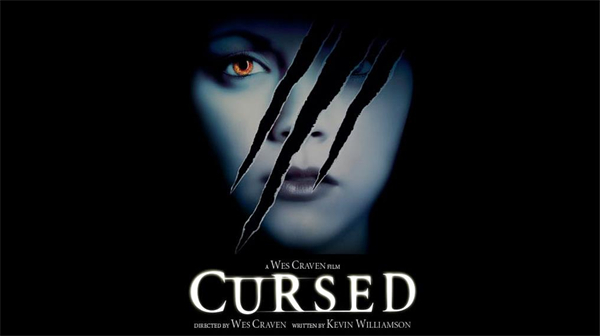 Nightmare on Elm Street and Scream are two horror franchises that revived the slasher genre and are considered classics by many horror fans and film critics. The man behind these great franchises is Wes Craven.

By 2000, Craven was considered a man that could revitalise any horror genre. Cursed was meant to be his take on the dying werewolf horror genre. A script was finished in August 2000, and filming was almost finished. Cursed is now known more for the production hell that turned a once-promising R-rated film into a mess of a PG-13 horror comedy.

The only horror found in this film is that someone approved this film to be released. Before we talk about the production hell this film went through, let’s look at the movie we got rather than the one we could have (and one that could have been).

It begins with a prophecy told by fortune teller Zela to two teens, Jenny Tate and Becky Morton. They are told they will die by the creature of the full moon (because they can’t just say werewolf).

Then, we finally meet our actual protagonists, Ellie and Jaime Myers. They are driving home when they crash into Becky and an animal. They try to save Becky, who is trapped in her upside-down car. Within a few moments, both siblings are slashed by an unknown animal. Becky is dragged into the woods, and her body is found ripped apart. Jaime is convinced it was a werewolf, but no one believes him.

However, as days go by, the siblings notice things changing. Ellie gets attracted to the scent of blood, and Jimmy becomes more aggressive. Though initially timid when facing his bullies, he aggressively beats them up in a boxing match.

Ellie is finally convinced after visiting Zela, who tells her the only way to end the werewolf curse before the next full moon is to find the original werewolf who infected them and kill them.

It sounds interesting when on paper. There are the appropriate building blocks to a good horror story, and the change in the cure for lycanthropy is a new chance for the genre. However, it is in its execution that the film falters. The film makes the main villain obsessive (in the wrong way), and the final fight is not fun to watch. Throw in awful CGI (we’ll get more into this later), lame dialogue, and a plot point that makes becoming a werewolf like getting an STD, and suddenly the horror is the fact that this is the version of the film that got released.

Christina Ricci has been in Emmy award-winning films like Monster (2003) and cult classics such as The Addams Family (1991). Jesse Eisenberg was in Roger Dodger (2002) and The Village (2004). Portia de Rossi of Arrested Development fame plays Zela. Mighty Ducks (1992-1996) alumni Joshua Jackson is Ellie’s brooding boyfriend. Rounding off the main cast is Judy Greer as the jealous ex-girlfriend Joanie. You know, from the dark comedy film Jawbreaker (1998).

Other characters include the high school bully Bo, played by Milo Ventimiglia. He is also known for playing Jess Mariano on Gilmore Girls (2001–2007). Sharron Elizabeth (known for her role in American Pie) also has a minor role in the film Becky. I was not joking when we said there are some recognisable names in this cast.

For the most part, the actresses do well. There is some over-the-top acting, but that adds to the film’s charm. For example, Joanie’s transformation scene is so exaggerated. But it adds to the hilariously lousy CGI that keeps the film entertaining. However, there’s only so much you can do with this script. Scenes like Bo’s coming out and confession, and Jake’s then sudden twist at the end … I don’t think any actor could make those scenes work.

Probably more famous than the film itself is the story of Cursed production hell. The original script was written in 2000 by Kevin Williamson, who had worked with Craven on the Scream franchise. The original was an R-rated film and featured more horror elements. The crew consisted of people who knew how to do horror, such as veteran horror makeup artist Rick Baker. Baker has won The Academy Award for Best Makeup for his makeup in An American Werewolf in London and even made the werewolf-like creature for Michael Jackson’s Thriller music video.

His design is shown in the article. Look at it, it is magnificent. That is terrifying and mixes both traditional elements of a werewolf and human features too. Can you imagine the sequence? That would have been revolutionary and terrifying.

The cast was supposed to feature more names. Skeet Ulrich, who previously played Billy Loomis in Scream, was set to play the son of a billionaire who gets bitten by one of these wolves. John C. McGinley (Dr Perry Cox from Scrubs) was meant to be Jimmy’s abusive father. Even Nightmare of Elm Street final girl Heather Langenkamp herself was meant to have a supportive role.

So, what happened? Well, the studios chose to follow current trends rather than trust the professionals. This meant rather than the film being released as is, studio producers Bob and Harvey Weinstein ordered a complete redo of the script and reshoot the whole movie. By this point, the film’s principal filming was about 90% done. That meant most of the footage bar 12 minutes was scrapped to match the new rating. Many cast members were dropped out or replaced due to conflicting schedules. Whilst this was going on, the film had to be shelved. The worst part is that you can tell this was not meant to be the final project.

This film is so frustrating. After looking at the original script and seeing the over-the-top and dramatic trailer that hints at a monster in the night horror, it’s just so disappointing. The trailer makes it feel like a horror film by showing the car crash and the small transformations. It could have been amazing!

But when you see the film, it’s goofier than the trailer. As a horror film, it sucks. Seriously, it’s terrible. But it made me laugh. The CGI is so bad that it makes Scooby Doo look realistic. It is one of those films that is so bad it is good that you forget it an hour later. If that’s your thing, watch this film. If not, skip this one.