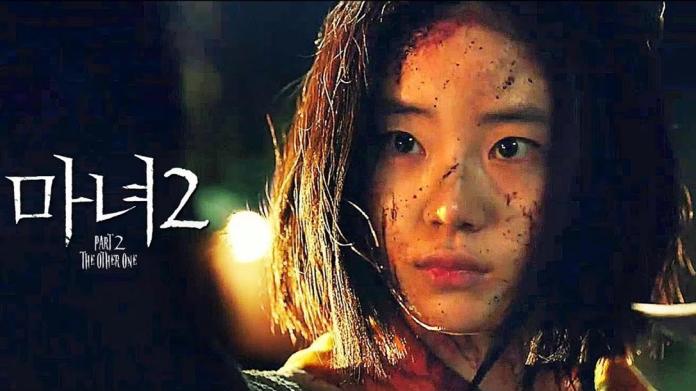 In the last decade, there is a whole breadth of Korean movie genres that are widely hailed by the global audience. Satirical dark comedy Parasite won the Academy Award for Best Picture in 2019 on top of being a massive box office hit. CGI-laden fantasy epics Along with the Gods and its sequel are among the highest-grossing Korean films of all time. The fantasy genre is having a moment in South Korean cinema. The advancing moviemaking technology has enabled them to make the effects look really good, while the robustly creative storytelling allows for tons of fresh ideas to flourish.

The Witch Part 1: Subversion was among recent modern fantasy flicks that found huge success in Korea and other parts of the world. With its slick visual, action-packed storyline, and top-notch performances, The Witch Part 1, released in 2018, garnered over 3 million ticket sales, becoming one of that year’s most-watched Korean movies. With that success, it’s inevitable that The Witch Part 2 is coming. In June 2022, The Witch Part 2: The Other One was finally released by Next Entertainment World. Let’s find out all about this movie!

The success of the Korean Movie Witch Part 1

The movie revolves around a supernaturally gifted girl who escapes from an experimentation laboratory that imprisons her as a young child. Years later, the now-teenage girl – played by Kim Da Mi – has lost all memories of her dark past. She now goes by the name Gu Ja Yoon, the adopted daughter of a farm-owning couple who has no idea of her power. Her adopted mother has early-stage dementia while she herself suffers from bouts of migraines. Knowing her family is struggling financially, Ja Yoon tries to earn money by joining a televised singing competition. At the audition, Ja Yoon impresses the judges by displaying her kinetic ability to levitate her mic while performing. This alerts her old handlers at the lab of her whereabouts and soon, Ja Yoon is being pursued by members of the sinister organization behind the facility.

The Witch Part 1 was a huge success in South Korea. The film gained 3,19 million admissions at the box office. It also racked up multiple awards, particularly Best Actress prizes for its leading lady Kim Da Mi. It was also praised by critics, who cited the strong performances and stylish action sequences as its biggest strengths.

The Witch Part 2: The Other One

The ‘Part 1’ attached to the title suggests that the film was always conceived as the first part of a larger story, but getting the sequel out was not always smooth sailing. First, The Witch Part 1’s distributor Warner Bros gave up the right for the sequel to Next Entertainment World. And then, the pandemic happened, further delaying The Witch Part 2’s release date. After a long and grueling journey, the film finally sees the light of day in 2022.

The Witch Part 2: The Next One sees director Park Hoon Jung returning behind the camera. In 2020, it was announced that newcomer Shin Si A had been chosen as the new female lead after beating out 1,408 candidates for the role. Superstar Lee Jong Suk, fresh out of completing military enlistment, selected this film as his comeback vehicle. Actress Park Eun Bin soon joined the cast as well, marking her return to the big screen after 9 years.

The cast, director, and producer

Aside from writer-director Park Hoon Jung, The Witch Part 1’s cinematographer Kim Young Ho and martial arts director Kim Jung Min also returned to do The Witch Part 2. Next Entertainment World took over producing and distribution duties from Warner Bros, who sold the rights in 2019.

Like Gu Ja Yoon in The Witch Subversion, the ‘girl’ is being held at a lab where gifted kids are subjected to experiments. At the start of The Witch Part 2, ‘girl’ wakes up in a destroyed laboratory. Being the only survivor, she then escapes the compound and stumbles upon Kyung Hee. With her superpower, ‘girl’ helps Kyung Hee fend off gang members who attack her and they end up becoming friends.

Meanwhile, multiple forces are out to hunt down ‘girl’, for she holds the key to uncovering the origin of the witches’ power.

The movie’s filming was delayed due to the pandemic. After a postponed April release, it finally premiered on June 15, 2022, in South Korea. It was simultaneously released in 11 countries alongside the domestic showing.

The Witch Part 2 receives a warm reception from Korean audiences. In 4 days, it broke 1 million total admissions. Within 11 days, it surpassed 2 million ticket sales. To date, the film has amassed 2.6 million admissions, becoming the 2nd highest-grossing Korean movie of 2022.