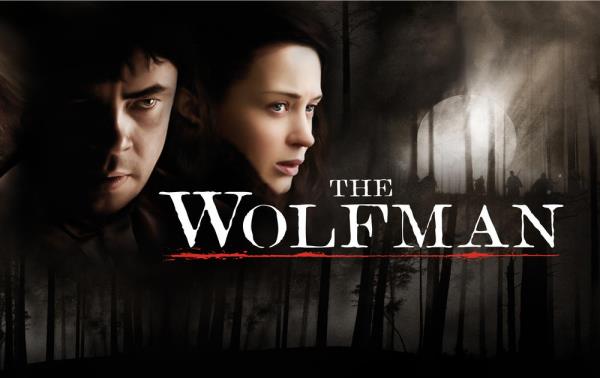 The Wolfman 2010 is a gothic horror movie helmed by veteran Hollywood director Joe Johnston (Honey, I Shrunk the Kids, Jumanji) and starring Benicio Del Toro (The Usual Suspects, Guardians of the Galaxy Vol. 1), Anthony Hopkins (The Mutiny on the Bounty, Silence of the Lambs), Emily Blunt, Art Malik, and Hugo Weaving.

The Wolfman (2010) concerns the return of a prodigal son Lawrence who is a Shakespearean actor to the ancestral family home following the mysterious death of his brother. Lawrence soon discovers that his father, Sir John Talbot (Hopkins) is hiding a dark secret… 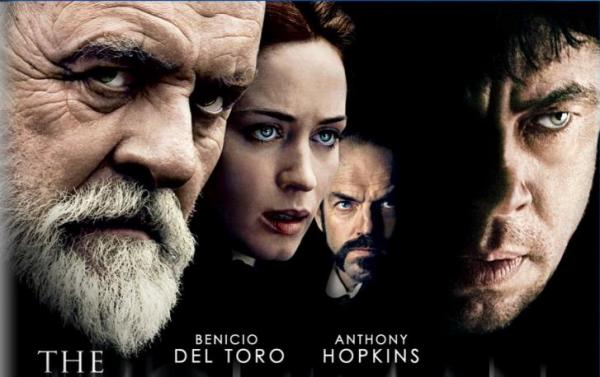 It is 1891 and Lawrence Talbot, a Shakespearean actor of some renown, is in London on tour. He receives a letter from his brother’s fiancée, Gwen (Blunt), informing him of his brother’s untimely demise.

Lawrence quickly returns to the ancestral family estate in Blackmoor. He hasn’t spoken to his father for many years since he had him committed to an insane asylum in a real douchey move. Lawrence holds a grudge over this.

People in town are gossiping over the cause of Ben Talbot’s death; he has been shredded to pieces by wild dogs or something. Some people are blaming the local Roma; others swear it was a werewolf attack, perhaps because they are in a movie called The Wolfman.

Gwen leaves for London to ensure minimum character development for the female lead. Lawrence, having found a Roma medallion amongst his brother’s possessions, visits the Roma camp to find out what’s up. The Roma camp is invaded by townsfolk who wish to steal the camp’s dancing bear in case it’s a werewolf in disguise. During the fracas, an actual werewolf turns up and starts ruining everyone’s evening. Lawrence is a bit on the shoulder. 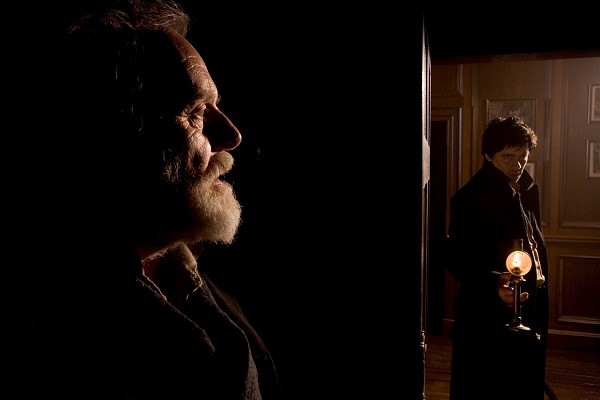 A Roma cunning woman stitches Lawrence up. Her daughter says he should be killed because he is cursed now, but the cunning woman reminds her daughter that he is the protagonist of the movie Wolfman (2010) and without him, they wouldn’t have jobs.

Lawrence returns to Talbot Hall and heals completely within a few weeks because he has mysterious Wolverine healing powers now. His father’s manservant, Singh, shows his silver bullets and implies that something wolfy this way comes. Meanwhile, a police inspector from London shows up: Inspector Francis Aberline, who is taking some time off from investigating Jack The Ripper to chase the Wolfman. 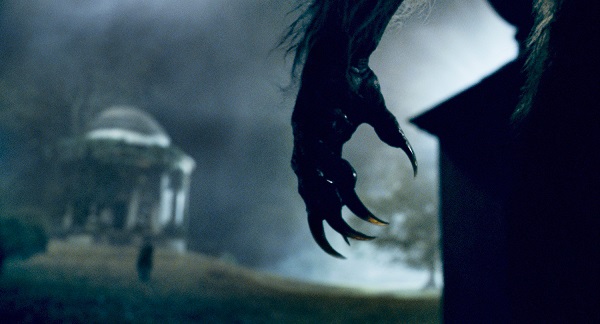 Lawrence suspects his father of being the secret bad guy. He follows him to his mother’s crypt, where John restrains himself in a special werewolf-restraining chair. Lawrence peaces out, not realizing that he is now as much of a monster as his father.

The townspeople have prepared a trap for the Wolfman, but this epically fails and Lawrence-wolf eats them all. The next morning Sir John leads Aberline to his dazed, blood-covered son, thus setting him up to take the fall in the all-hope-is-lost end of act 2.

Lawrence is taken back to the same asylum in which he was incarcerated as a child. Here they do horrible things to him because mental health treatment and torture were the same things in the 19th century. 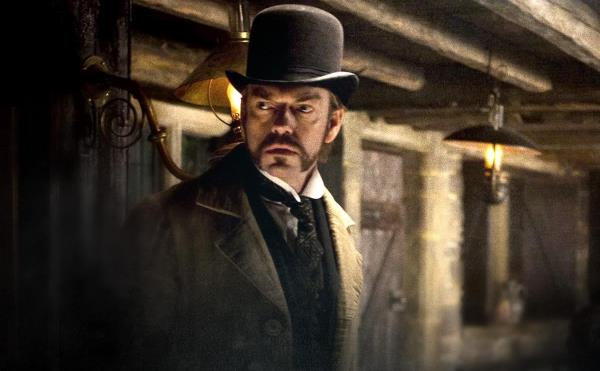 Sir John turns up and confirms that he was the bad guy all along. He used to restrain himself until he figured out being a roided-out killing machine was way more fun and let himself run free, killing many people in the process.

Lawrence is subjected to Victorian asylum torture in front of a crowd. The moon comes out and he murders everyone Wolvie berserker style before returning home to confront his father. It turns out that his father, in Wolfman form, has brutally killed Singh.

Gwen and Inspector Aberline turn up for a bottom of act 3 battle royale. Lawrence and his father wolf out and Lawrence really, really kills his father through a combination of fireplaces, mauling, and decapitation. Aberline totally gets bitten. Gwen chases Lawrence through the woods and shoots him in a Brundlefly-esque act of mercy. 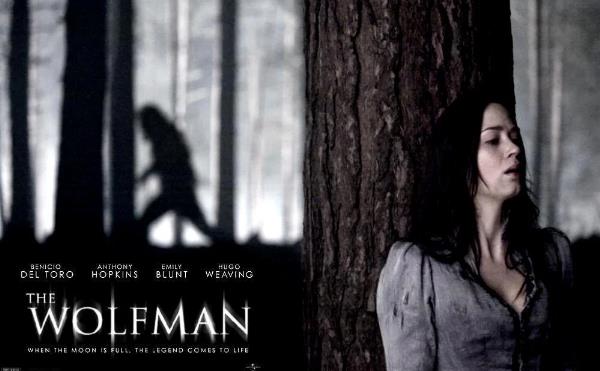 Aberline looks up at the full moon as he realizes that he has now become the very thing that he swore to destroy. 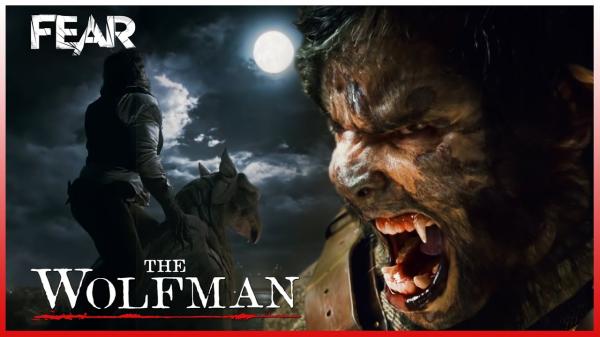 The Wolfman is a mixed bag; on the one hand, you have majestically gloomy cinematography and rotting, decrepit sets, recalling the classic Universal horror movies of the 1930s-40s and setting the scene perfectly.

On the other hand, you have a somewhat miscast Del Toro struggling opposite a slumming-it Anthony Hopkins (not for the first – or last – time in his career) and an always-compelling Hugo Weaving.

Due to its troubled development, the film is, much like its protagonist, a tortured, misshapen creature that is neither here nor there. The pacing is off and it can’t quite make up its mind whether or not it wants to be a gloomy, self-serious look at the human condition or a campy, tongue-in-cheek homage to its progenitor.

That said, it’s worth checking out for the gloriously moody photography and backdrops – never before have misty English moors and crumbling mansions looked quite so spectacular.

Can we expect a Wolfman 2?

Although there is no Wolfman 2 as planned, the movie (which, remember, is a remake) is being remade with Ryan Gosling attached as the titular werewolf. Stay tuned for updates!