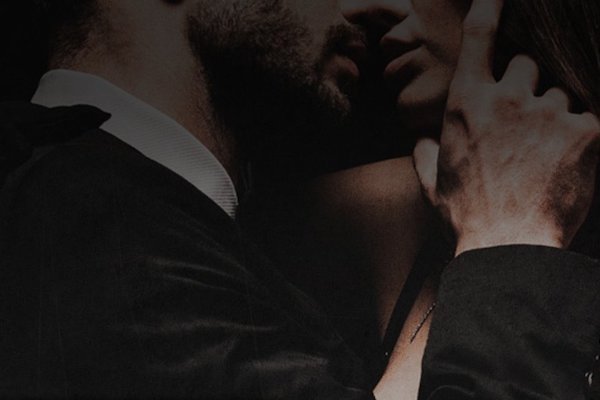 The story of Empire of Lust begins with Aspen’s teenage, she never expected to become pregnant after sleeping with a nameless jock when she was a teenager. She also did not expect to lose that kid. Several years later, she learns that her daughter is still alive and that she gets a second chance. But there is one issue.

The faceless jock is no longer so faceless. Everyone is afraid of his name: Kingsley Shaw. A brutal tyrant. The devil with no heart. And, most significantly, the father of her baby. He hates her as much as she hates him. They are out to annihilate one another using any means at their disposal.

The Empire of Lust Includes a perilous lust game that might lead to their destruction.

Part 1: Background and Characters on Empire of Lust

This story of Empire of Lust has a different dynamic between the two main characters, Aspen and Kingsley Shaw. They have worked at the same firm for years and truly disliked each other. Since they are both intelligent and very successful lawyers, they are good at arguing with each other and throwing insults back and forth.

Aspen was abused as a child and teenager, she lost her mother when she was young, and her father went to prison. When Aspen was fourteen, she went to a party to get away from her violent aunt and uncle, and she ended up becoming pregnant with a wealthy lad called Kingsley Shaw.

In the empire of lust, He was raised with high aspirations by his millionaire father and was initially drawn to Aspen.

He felt her abilities would assist the company when they reunited again years later after both completed law school and he and his buddy were building a prominent legal practice, but he doesn’t get along with her. King raised his kid on his alone, and she is his entire universe.

Part 2: The Most Exciting Plot on Empire of Lust

In Empire of Lust’s novel, their relationship is not helped by the fact that they share a twenty-year-old daughter and the circumstances surrounding that are very strange, to say the least. They have known each other for years and have a strained relationship.

Though the reader did see their first meeting, they don’t see anything else for twenty years. However, the characters are quite interesting, the King and Aspen.

The fact that King hated Aspen but couldn’t stop thinking dirty thoughts about her. And how Aspen is strong and bold and unafraid to stand up to anyone no matter what. She has known darkness in her past and has come out of it all the stronger for it.

There are secrets in the empire of lust both Kingsley and Aspen are carrying, and their initial understanding of the other when they were teenagers plays a part in them overcoming their mutual hate.

It turned into an uncontrolled lust, an insane infatuation, and the deepest emotions. What began as a hate-lust connection, a need to get her out of his system, evolved into the most serene, balanced period of his life.

Part 3: Ending to Empire of Lust You Can Guess

At the climax of Empire of Lust Aspen’s father breaks out by killing the guard she appointed to keep watch over him. He was in the same line as Aunt Sharon and Uncle Bob. They were all pawns in his scheme.

He instructed them to roughen her up to instill unpleasant memories in her. She may have hired a bodyguard to keep an eye on him when she became a lawyer ten years ago, but he has been watching her every move since.

He has been waiting for the time when she gets everything she desires since she put him in prison. A job, a family, and a man. He might have gotten away at any point. He wanted her to understand what it was like to lose everything.

He threatened to kill Gwen and somehow, she manages to save her daughter but had to sacrifice herself. In this life-threatening incident, Kinsley might lose Aspen.

The Empire of lust gets hurt badly and he barely managed to reach there to save her. As he continues to stroke Gwen’s shoulder, his chest trembles from the haunting power of her sadness. To deceive his mind into believing that Aspen will be alright. They both just found her and now they might lose her again, forever.

That strong hate and urge for revenge might change into something else that they both are not expecting. Because they have seen each other in their teenage and also in adulthood.

They know about each other’s personalities and see the darker sides of each other. While he wanted to seek vengeance on her for abandoning Gwen, as he loves his daughter so much. She meets his ferocity while taming it.

Sings soul-soothing lullabies that only she understands. And, for the first time in his life, he wishes to have someone at his side. Someone who does not cower in the face of his destructive force, but instead stands tall in front of it and him. A lady who can be his companion, lover, and submissive all at the same time.