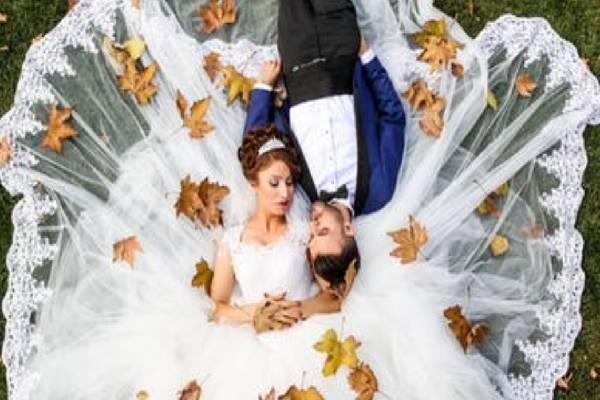 Romance is a leading genre choice by the vast majority of readers. But oftentimes, it’s not the unrealistic happily ever after that leaves a haunting mark for the readers. It’s the tragedy in the book, the love story that people can connect.

Tragic books often remind the love story we had or wish we could have. These tragic love stories often leave the audiences wanting more.

TragicBooks: The fault in our stars

Blurb: Hazel Grace Lancaster, a 16-year-old girl with thyroid cancer that has affected her lungs is forced by her parents to attend a support group. Despite the tumor-shrinking medical miracle, Hazel has never been anything but terminal as her family chapter is inscribed upon diagnosis.

At the cancer kid support group, Hazel meets the gorgeous Augustus Waters and suddenly it’s the plot twist Hazel didn’t see coming in her life. Hazel is about to rewrite her story as she falls in love with the seventeen-year-old Augustus, an ex-basketball player, amputee, and survivor of osteosarcoma.

The beautiful tragic love story is soon affected as Augustus reveals that his cancer is back and his health starting to deteriorate.

The fault in our stars by the award-winning author John Green. This tragic book is nothing else of a masterpiece for its bold, insightful, and beautiful love story that’s written brilliantly as it explores the feeling of first love, the humorous and heartbreaking feeling of love.

Blurb: When Death has a story to tell, you listen. The story takes place in the year 1939.

The country is holding its breath as death has never been busier. Liesel is a foster girl who scratches out a meager existence for herself by stealing when she encounters something she can’t resist which is books.

By her brother’s graveside, Liesel’s life is changed when she picks up a single object, partially hidden in the snow. It is The Gravedigger’s Handbook, left behind there by accident, and it is her first act of book thievery. So begins a love affair with books and words.

She learns to read with the help of her foster father and shares her stolen books with her neighbors during the bombing raids as well as with the Jewish man who is hidden in her basement. Her world is both opened up and closed down in dangerous times.

The book thief is considered one of the best-selling and most popular tragic books by the award-winning author Markus Zusak. The story that is crafted superbly is one of the top tragic romance novels.

Blurb: Romeo and Juliet is one of the most popular tragic books of love and is widely known as an anthem for love. Montagues and Capulets share a violent feud between the families but that didn’t stop Romeo and Juliet, the two young lovers to fall into their fated love story

Their intense love story leads to inseparability between the lovers leading to open warfare between the families. This tragic love story between the two rival families comes with a violent ending that shatters the reader’s heart.

This famous tragic book by the great author William Shakespeare, a beautifully adorned love story breathes passion and newness through its words that are even quoted today and are often considered as love lyrics.

Blurb: We Were Liars by E. Lockhart, the New York Times bestselling author, National Book Award finalist, and Printz Award honoree is a young adult novel with the mystery and twisted take that revolves around the seemingly perfect and wealthy family, the Sinclair family who hides their secrets, their flaws, their lies and everything else under their handsome builds.

The story takes place on a private island where the Sinclair family spends their summers. The story revolves around a brilliant and damaged girl Candence.

Cadence suffers a head injury during one of the summers, she cannot remember almost anything from that trip to the island. The next summer things are very different and Cadence has to try and remember why.

The story of an accident, a secret with lies upon lies but one true love and the truth, suspense, and twists that make the book an addictive read and one of the best tragic books.

Blurb: The Kite Runner transports take place in Afghanistan during a tense and crucial moment of change and destruction. The heartbreaking tragic story of the unlikely friendship between a wealthy boy and the son of his father’s servant which is caught in the tragic sweep of history shows the powerful story of friendship, and the unique take on the families.

The most beloved tragic book which is considered a classic of contemporary literature by Khaled Hosseini shows the price of betrayal, and the possibility of redemption; and an exploration of the power of fathers over sons—their love, their sacrifices, their lies.

Blurb: Danica Spring is a 17-year-old rogue that finds herself in the lands belonging to the White Moon Pack. She is mute, and shy, though her wolf is confident and sometimes takes control. Not knowing her family or heritage her wolf is a mystery to her, an extraordinary purple alpha she-wolf. She has questions and needs answers. Danica realizes that she is fated to be with the land’s triplet Alphas, but she is fearful of being mated to three cruel alphas. She knows their only interest is in producing an heir. She is just a mute, shy, rogue, how could she ever become a loved Luna of a prestigious pack? Can she realize her power to seduce them or will the middle Alpha’s attitude problem get in the way?

This unique tragic book has over 9 thousand followers and 35 thousand readers rooting for the story.

Blurb: “We both spoke at the same time, ‘Mate!’ I quickly covered my mouth and came to, realizing the situation before me. I had just killed his father, and he knew. Overwhelmed, I shifted into my wolf, tearing all the clothes I was wearing, and jumped out of the window, running into the dark night.” For twenty years, Talia didn’t know a life outside of the brothel where she was raised by her mother, the only family she has, living as a human and hiding as a werewolf in plain sight. After finally saving enough money to escape and restart their lives together, her mother is found dead, killed by one of her johns, the former alpha of the Pine Forest Pack. Distraught by the murder, Talia sneaks into his house to avenge her mother’s death, only to discover that she is mated to his son.

Book 2 in the wolfbane series by Celia Hart is definitely worth the read, this werewolf romance is filled with Romance and a love story not to miss making it one of the best tragic books.

Zoe; When you grow up surrounded by hockey players you know one thing for sure, I was never going to settle down with one.

Heck, I didn’t even know what icing was. I was too busy climbing the corporate ladder, becoming one of the most successful realtors in New York City. I wasn’t interested in dating or anything that got in my way. First, he was my client, and then he became my friend.

Viktor: My parents told me I skated before I walked.

When I was eighteen I was drafted into the N.H.L third overall, playing in Los Angeles—the city of dreams. What more could I ask for? I played hard, but eventually, I partied even harder.

Five years later I was traded a week after I entered rehab. There was no time for anything except my health and making sure I’d come out on top. I had to be better. There wasn’t another option. One of the rules of recovery was ‘don’t fall in love’ and I made it a top priority. She was off limits in every single way. Until it was too late

One night, one decision, and one act can derail everything.

When push comes to shove, I’m only certain that, This is Wild.

In the smokin’ hot series, the best tragic books by the USA best-selling author Vanessa Vale, each heroine gets an extra helping (or two) of Grade-A Beefcake. This is the complete boxed set available on the Dreame app includes:

Book 5: Tied To My One Night Stand

Blurb: I keep picturing him with his head in-between my thighs looking up at me with those piercing blue eyes. His fingers tracing patterns on my belly and those unruly curls brushing against my thighs. I wonder if his beard would tickle. I shook my head and pressed my thighs together.

Scarlett Preston is a strong and assertive woman who has the world at her fingertips. Set to inherit her father’s share of a successful company. Who would expect that a one-night stand with a stranger would come back to haunt her? Wait, her mystery man is the future partner for her family business?

Quinn Mitchell, her mystery man, got more than he bargained for when he took the sexy siren, who refused to give her name, back to his hotel. Waking up to find her gone the next morning, he believes he’s been used. Years later he’s still unable to forget her face, her taste. When he meets her again he is stunned that she doesn’t remember him. This time, he won’t let her get away.

Will Scarlett and Quinn keep their secret and pretend that night never happened? How will they work things out without ruining the partnership and bringing drama into the workplace?

This tragic book is a definite read on Dreame app.

Read Tied To My One Night Stand Now